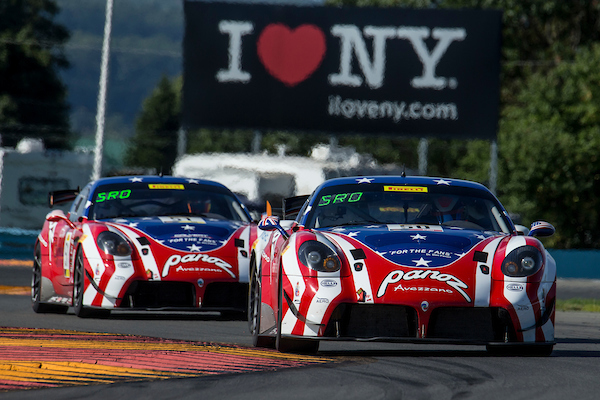 Sept. 1, 2019, Watkins Glen, NY. –  Team Panoz Racing achieved podiums across the board and extended Championship statuses at Watkins Glen International this weekend, with two wins and a second-place finish. Ian James in the #50 Panoz Avezzano bought home a win in the Sprint Race 1, but it was the #51 Panoz Avezzano, driven by Am pair Preston Calvert and Mathew Keegan in the Sprint-X Am category, who bought home a second-place in Sprint-X Race 1, followed by a win in Sprint-X Race 2.

In a thrilling first race, James in the #50 Panoz Avezzano started in second, but following the first couple of laps, dropped back to fourth. Deciding to save and conserve tires, James kept pace but remained in fourth until passing the #18 McLaren to take third with 30-minutes remaining. With four minutes left, James claimed second position with an inside move, followed by a battle for the win in the final two laps using the same maneuver, before claiming victory over the #74 Camaro. Race 2 for James today was more chaotic, and despite starting third, James took the checkered in seventh.

Keegan and Calvert had a fruitful weekend in the #51 Panoz Avezzano. Starting in Calvert’s qualifying position of second yesterday in Race 1, the pair drove fantastically and maintained the starting position throughout, to cross the checkered in second. In Race 2, the pair started on Keegan’s pole qualifying position, and Keegan maintained the lead throughout his stint. With 26-minutes remaining, Calvert returned to the track in the lead. With 23-minutes remaining, a full course yellow was issued with Calvert still leading the pack. The race was called to an early end with eight minutes remaining, meaning victory for the Am pairing of Calvert and Keegan, Sprint-X Am Driver Championship leaders.

The next race for Team Panoz Racing is at Road America in Elkhart Lake, Wisconsin, September 20th – 22nd, 2019, where both the #50 and #51 Panoz Avezzano GT will be racing.

Ian James, Team Manager
“Well a good weekend all-in-all at Watkins Glen. Yesterday’s win in the Sprint race was exciting as it extended our Championship lead, and today a P7 solidified the 19-point lead. In the Sprint-X, Matt and Preston had a great weekend also with a win and a second, and stretched their Championship lead in the process. A great weekend for Team Panoz, and we head to Road America with high spirits as we’ve won the last four races there in the past two years.”

Preston Calvert
“We had a very successful weekend as a whole for the Team Panoz Racing. Ian had a fantastic win on Saturday and a points-gathering race on Sunday, driving fantastically. In the Sprint X races, Matt and I enjoyed a first and second place finish, despite both races being marred a little by full course yellows. Matt drove really well in both races and I had a smaller task of driving around the beginning and end of the yellows, but it all worked out really well. We extended our points lead in the National Amateur Sprint-X Championship and are really looking forward to Elkhart Lake, Road America in just a few weeks.”

Mathew Keegan
“Another great weekend for the team. As always, we’ve got what I believe to be the best team in the paddock. The crew did a great job on the car and Preston did a great job also, and we were able to extend our points lead going into Road America. Looking forward to it.” 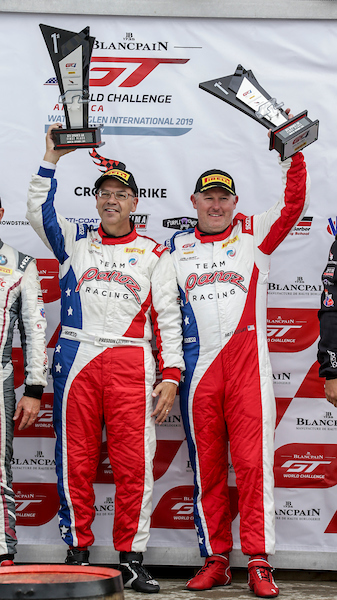 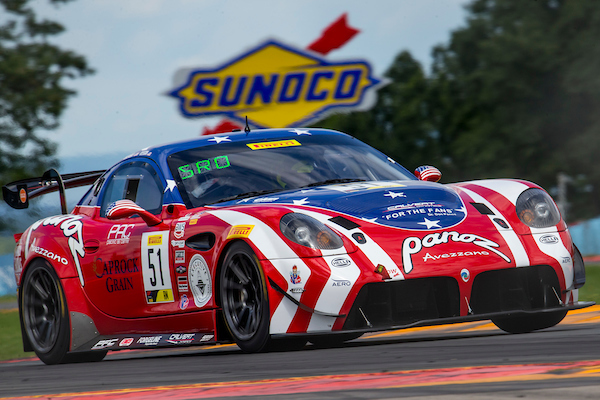