For nearly 4 decades Panoz has designed and manufactured exclusive sports cars. From the racetrack to the road, Panoz sports cars use advanced technologies and have true motorsports heritage.

Check out our cars

Panoz is a manufacturer of luxury hand-crafted, custom, American sports cars. Founded by Daniel “Dan” Panoz in 1989, father Don Panoz took the Panoz brand to the race track in 1997 to expand the brand and promote his son’s cars. 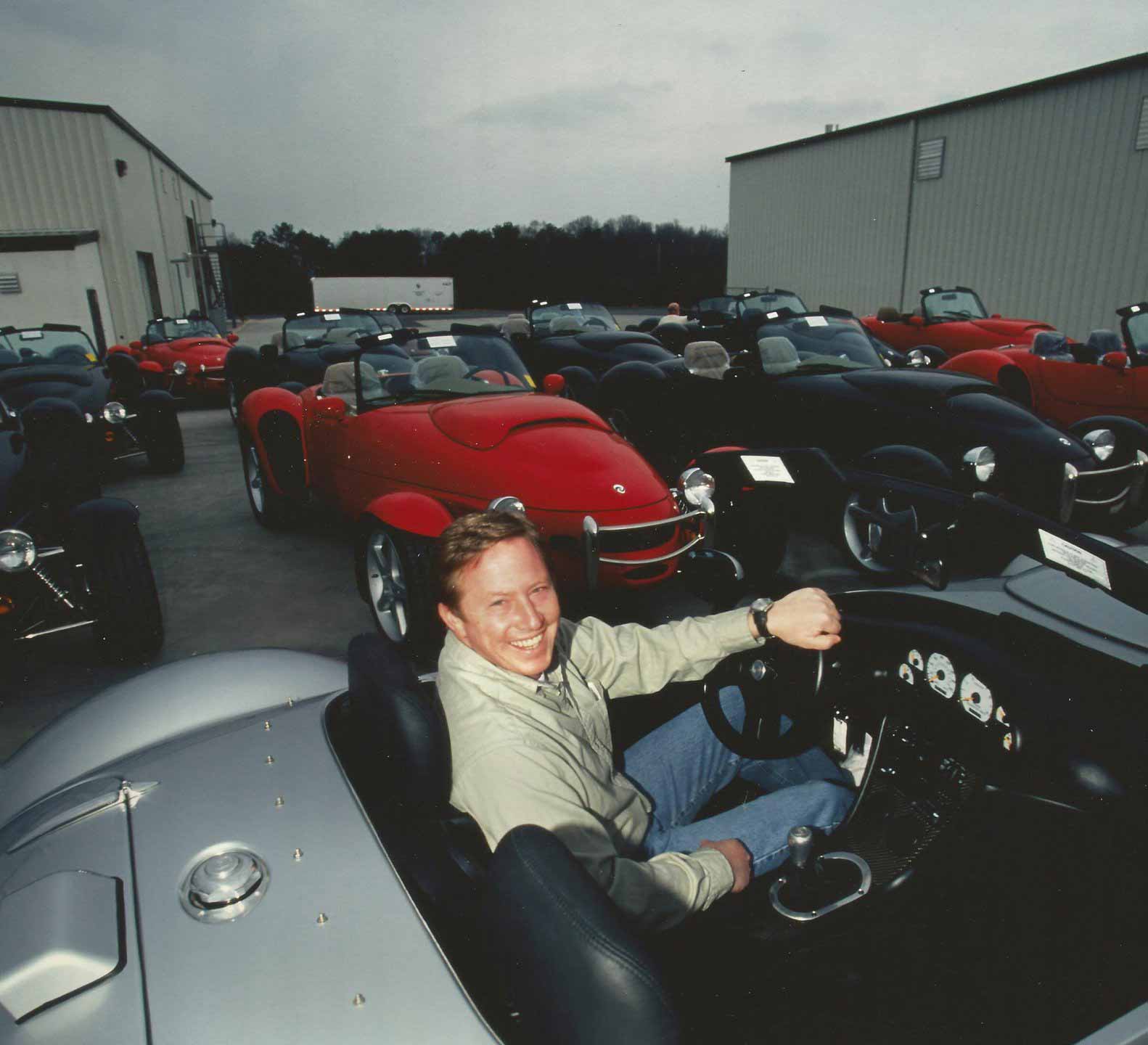 In 1988, Dan applied for a job at the Thompson Motor Company (TMC), an Irish car builder. When the company was liquidated, Dan seized the opportunity and bought the rights to one of the chassis TMC was using, designed by world renowned designer Frank Costin, the man who also built chassis for Maserati, Lotus and Lister.

Just over two years after the birth of Panoz Auto Development, the first Panoz model debuted: the 1992 Panoz Roadster. Built in the company’s small factory north of Atlanta, Georgia, the car reignited the true spirit of the American roadster. By 1995 the Panoz AIV Roadster, the first American Aluminum Intensive production vehicle, went into full production.

In 1997 Dan’s father, Don, decided to enter racing to better promote his son’s products. The difference between Panoz and many other manufacturers was that it strived to keep its racing versions as close as possible to the road cars.

The next model Panoz model was the Esperante GTR-1, a street-legal version of the race car developed for the 24 Hours of Le Mans endurance race. Featuring a front/mid-mounted American V8, it quickly became a “fan favorite” at races worldwide.

While the Panoz family has Italian and Irish roots, Panoz Auto Development is as American as apple pie. Not a big volume manufacturer of sports cars, Panoz has remained true to its roots of treating is exclusive cars with great respect. It hand-crafts each car and rigorously tests every creation before it is handed over to the new owner. Panoz sports cars bear the ultimate mark of exclusivity.

To better develop its products, Panoz intensified its involvement in racing. Panoz created the American Le Mans Series (ALMS) in 1998, founded a racing school, and took part in other racing championships, such as the U.S. Road Racing Championship that it won in 1998.

In 2000 Panoz developed the Esperante GTS, a car that competed in Sports Car Club of America (SCCA) events, as well as several spec racer and GT car feeder series. Great measures were taken to ensure the car was affordable to maintain, and engineers placed a focus on race safety. Replaceable acrylic body panels were among the many innovations that keep the GTS race car popular to this day.

All efforts paid off in 2006 when the Panoz Esperante GTLM scored two huge wins. Multimatic won its class at the 12 Hours of Sebring, and Team LNT scored the GT2 class victory at the 24 Hours of Le Mans. In both cases, the Esperante GTLM beat every major sports car manufacturer, including Porsche and Ferrari. It also came second at the same year’s Petit Le Mans.

Since then, the Panoz Avezzano has made an impressive debut in the 2017 Pirelli World Challenge GTS Championship. With 6 wins and 10 podiums in 18 races, the Panoz factory team had Panoz back on the Manufacturers Championship podium in second place narrowly missing out on victory.

If you yearn for an American sports car with ultimate exclusivity and true motorsports heritage, Panoz is the only choice.

Panoz, based in Hoschton, Ga., is a designer and manufacturer of exclusive, American-made luxury sports cars. It was the first U.S. auto manufacturer to use super formed aluminum panels for its bodies and created America’s first Aluminum Intensive Vehicle (AIV), the Panoz AIV Roadster. The Panoz headquarters also features the Panoz Museum that showcases Panoz sports car and racing history and accomplishments such as the 1997 Le Mans GTR 1, the 1998 Q9 hybrid Le Mans prototype – the first modern hybrid race car, and the 2000 Panoz LMP1 Roadster S that won the 1000km of Nürburgring. Keep up to date with our news and follow us on Facebook, Instagram, Twitter, YouTube and Snapchat.