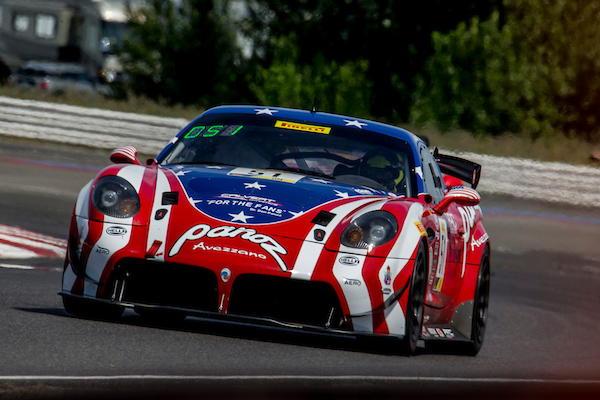 Sprint-X Am class driver championship points co-leaders Preston Calvert and Mathew Keegan take the top spot on both Sprint-X Am podiums this past weekend at Portland International Raceway.

Jul. 15, 2019. – Portland, Ore.  Team Panoz Racing took the weekend by storm at Portland International Raceway, claiming both Am victories in the two, Sprint-X races. Preston Calvert and Mathew Keegan co-drove the #51 Panoz Avezzano GT and started in second and first in the two races respectively, but following quick driver changes and expert driving, both drivers took the chequered flag in first.

Race 1: Calvert started the race and during his stint moved up from an 11th starting position into 8th. Keegan took the wheel at the pit and returned to the track before assuming the Am class lead. Keegan crossed the line in 7th overall and 1st in the Am class.

Race 2: During the first lap, Keegan made ground, moving up from ninth to seventh in the #51 Panoz Avezzano GT. During the race, there was a lot of movement from the Pro-Am cars making their way through the field. After the pit, Calvert slotted into ninth overall, first in Am, and went on maintaining the Am lead throughout the stint, to take the checkered flag in first.

In the Championships, currently Team Panoz Racing are:

The next race for Team Panoz Racing is at Watkins Glen International, August 31st to September 1st, 2019, where both the #50 and #51 Panoz Avezzano GT4 will be racing.

“What an impressive weekend for the Team Panoz Racing team. Both Preston and Matt drove impeccably, two wins and extended their Championship lead. Looking forward to Watkins Glen and more success.”

“Another great weekend for the Panoz team. Always fun to be back in Portland. Amazing weekend to be able to celebrate a couple wins with a birthday celebration for my son and I. The team did a great job with the car, it was great all weekend. Preston drove fantastically and we’re looking forward to getting on to the Glen and charging for the Championship.” 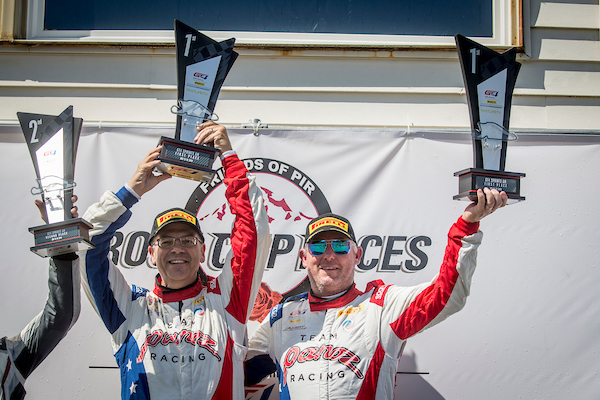 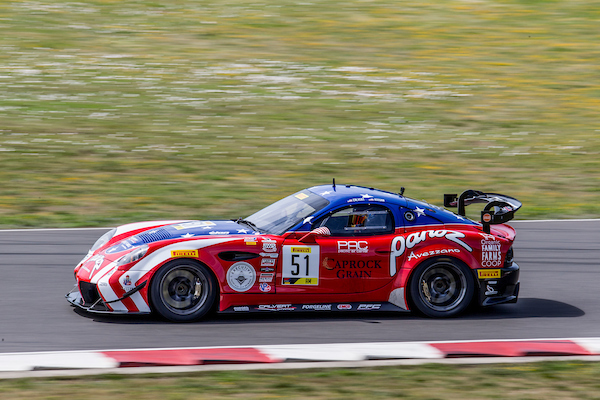