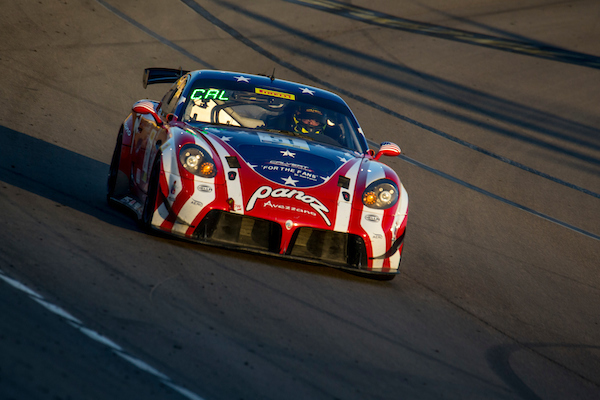 Oct. 21, 2019, Las Vegas, NV. –  Two wins, and a fourth-place finish at the season finale of the SRO’s 2019 GT4 America season secured both the Sprint and Sprint-X Drivers Championships as well as the Teams Championship for Team Panoz Racing.

Ian James put in another winning performance during Saturday’s Race 1 and came fourth in Sunday’s Race 2 in the #50 Panoz Avezzano to secure the Sprint Drivers Championship. The new-for-2019 Sprint-X Amateur pairing of Preston Calvert and Mathew Keegan also scooped up another victory in Saturday’s race, which only further added to their points lead securing the Sprint-X Drivers Championship. The points also meant that Team Panoz Racing secured the Teams Championship.

The season finale, hosted for the first time at the Las Vegas Motor Speedway, got off to a good start for the team with James securing a third place starting position in the #50 Panoz Avezzano for Saturday’s race one. Meanwhile, Keegan and Calvert qualified second and third respectively in class in the #51 Panoz Avezzano. Both cars went on to win their first races. Sunday’s racing was a little more challenging, with James placing fourth in the #50. After a good start, Calvert handed the #51 to Keegan, but with two laps to go, the #51 was knocked off course and rendered unable to finish the race.

Team Panoz Racing took on the year to pay tribute to their founder, the late Dr Don Panoz who passed in September 2018. With an impressive number of wins and podiums the team would like to thank Nancy Panoz and the Panoz family for their support and sponsorship.

Ian James, Team Manager
“What an amazing way to end this tribute year to Don Panoz. We came into the last race in Vegas with a fighting chance to win the Championship. Perfect execution by the whole team, and the stars aligning, we clinched the Championship. Two Drivers and the Teams Championship is testament to the effort put in by this amazing group. The Panoz crew set the bar high and it showed race in, race out. Thank you to Nancy Panoz and the whole Panoz family for making this year possible and let us put the Panoz name where it belongs, at the front of the field.”

Preston Calvert
“Well, we come to the end of an amazing season. Matt and I have bonded as terrific teammates and have had the support of the best team in the GT4 paddock by far. Thanks to Ian James’s outstanding leadership and coaching, our average pace has been very good, with Matt becoming one of the fastest amateur drivers in America, and me pedaling hard to hold up my end. It is a great honor to be able to bring the Sprint-X Amateur driver’s championship to the team founded by the late Don Panoz. What a year!”

Mathew Keegan
“It’s been a fantastic season for us as a team. We’ve had a great dynamic, shown impressive performance throughout, and now have three Championships to claim to our name. The crew have been on-point all year, Preston has been a great partner in the #51, and this year has been a lot of fun.” 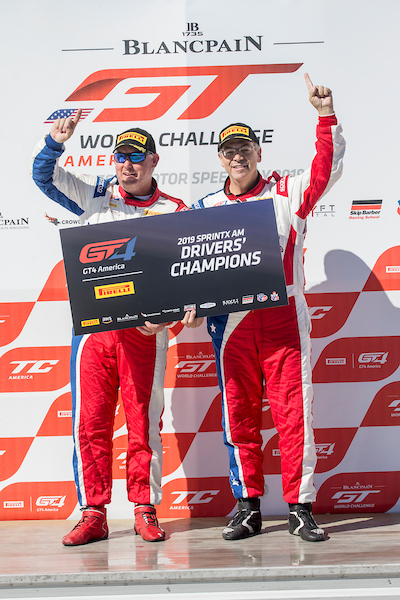