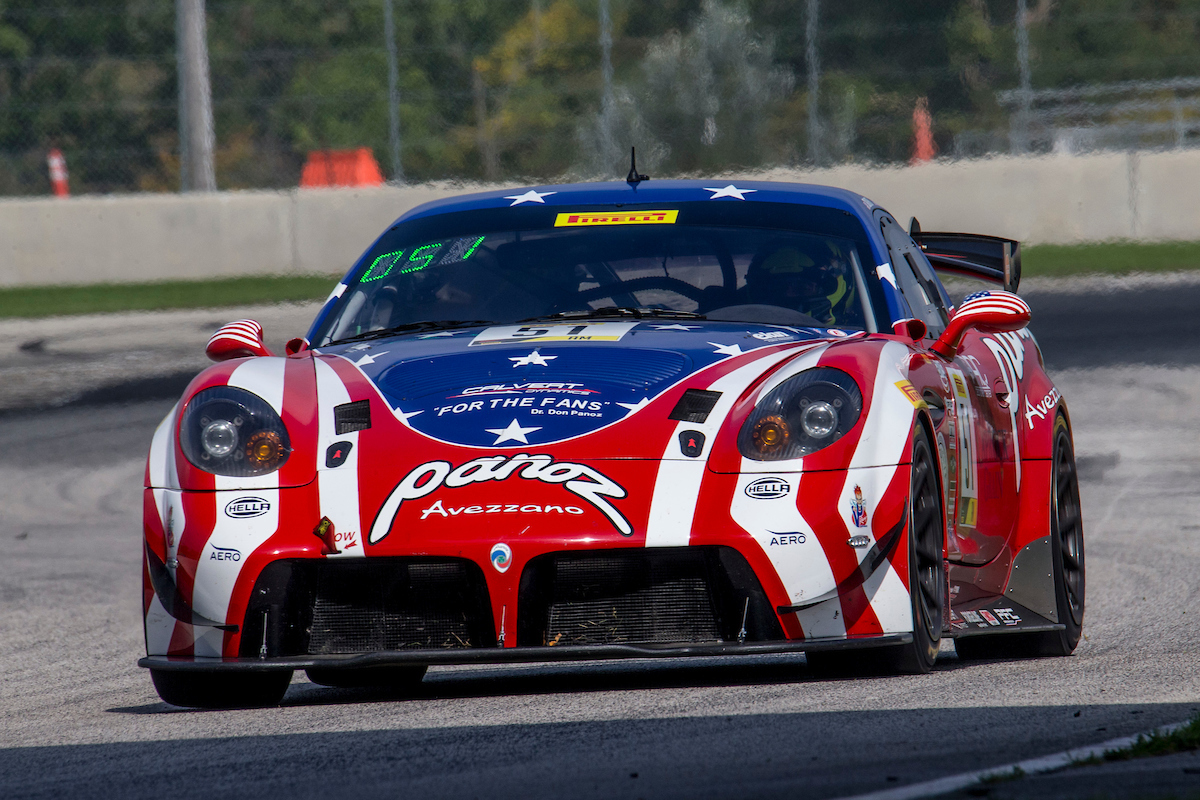 Saturday started off well with Ian James in the #50 Panoz Avezzano qualifying in second. James looked set to have another successful weekend similar to 2017 and 2018, where he enjoyed back-to-back wins at both year’s race weekends. Unfortunately, engine issues meant a tenth-place finish in Race 1, and an engine change overnight meant he started from the back in Race 2. In three green flag laps, the only green flag laps in the race, James made it to seventh. A yellow flag due to rain causing dangerous track conditions, followed by a red flag and an early end to the race, meant the #50 ended the race in seventh.

Keegan and Calvert put on an impressive performance, placing first and second in their respective qualifying sessions. Calvert started Race 1 in second and battled hard through traffic and difficult weather conditions to hand the car over to Keegan. Conditions persisted but Keegan gained position to take the checkered flag first in class. Keegan started on pole in Sunday’s Race 2. Despite testing conditions and visibility, Keegan maintained position and following the driver change, Calvert went on to take the checkered for their second class-victory of the weekend.

Both cars, James, Keegan and Calvert, head to the final race weekend in Vegas fighting for their respective Championships. The season finale is at the Las Vegas Motor Speedway, October 18th – 20th, 2019.

Ian James, Team Manager
“Challenging weekend for the #50 car with some mechanical gremlins in Race 1. But as usual, the team bounced back, a new engine installed, and a strong Race 2 meant valuable points toward the year-long Championship goal. All to play for, heading into the final weekend at Vegas. Another perfect weekend for the #51 crew with two class wins and increasing their championship lead.”

Preston Calvert
“We’ve fortunately completed another successful weekend with Team Panoz Racing and its incredible crew. The conditions at Road America were wet and changeable, but we adapted smoothly and were able to take advantage of each situation. We were fortunate to avoid contact in Saturday’s race where many others were less fortunate, and Matt Keegan drove excellent stints in each race to help us bring home two victories. We move onto Las Vegas with a substantial class points lead, but still need to perform well as a team to clench our Amateur Sprint-X Championship.”

Mathew Keegan
“Great weekend. Car ran great, team did great, Preston did great. Going into Vegas leading the Championship, aiming to bring it home. Not such a great weekend for Ian but hoping Vegas will be a good weekend for the whole team.” 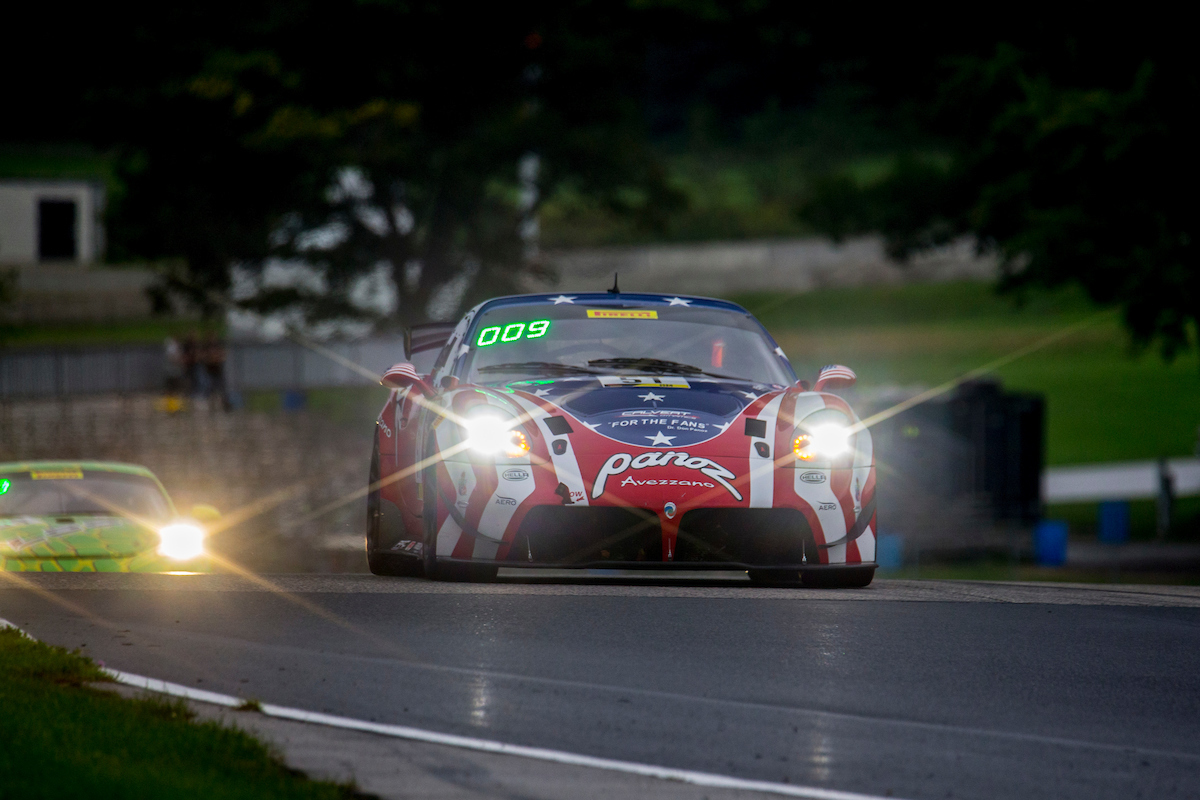 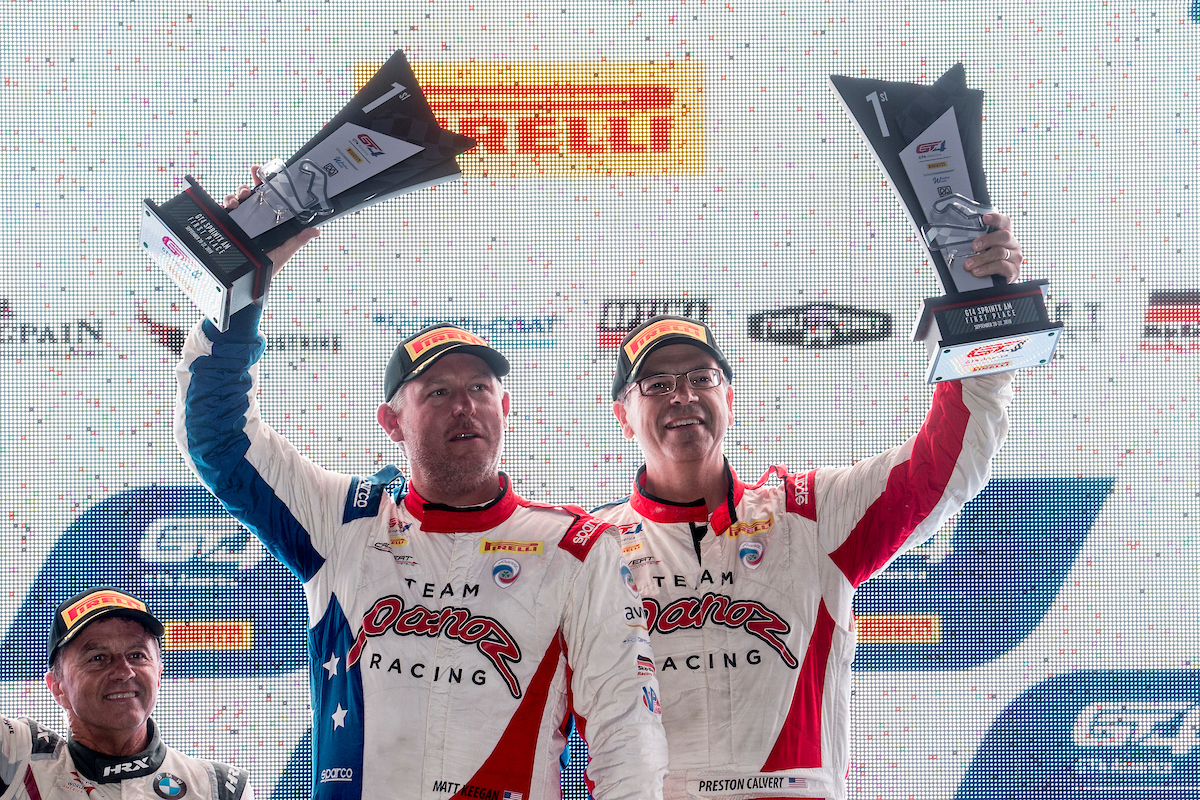