NOTE: On Saturday evening at Circuit of the Americas, Scott Dollahite’s GTS Round 15 race-winning Lotus Evora failed Pirelli World Challenge technical inspection and was disqualified from the 50-minute event held Saturday afternoon at the 3.247-mile, 20-turn road course southeast of Austin. With the amended results Saturday, Ian James was awarded the GTS Round 15 victory in the No. 50 Team Panoz Racing Panoz Avezzano GT sports car.

Team Panoz Racing’s Ian James drove the No. 50 Panoz Avezzano GT to second-place in today’s PWC GT4/GTS Championship Round No. 15 race. The result is James’ seventh-consecutive PWC GT4/GTS podium, a streak that began with the June 24-25 double wins at Road America.

Today’s result also is the team’s eighth podium out of the past nine races. The team’s race-weekend winning streak began with a second-place finish in the PWC GT4/GTS Round No. 7 at Lime Rock Park. Since then James and the Panoz Avezzano GT have finished among the top three in seven out of the past seven races, scoring two victories at Road America and one each at Mid-Ohio and Utah.

James started P1 in today’s race as a result of his 2:17.532 time in this morning’s qualifying session on the 3.427-mile, 20-turn Circuit of the Americas (COTA) road course. On the first lap and soon after the rolling start, Dakota Dickerson in the No. 25 ANSA Motorsports KTM Xbow GT4 got around James for the lead. James defended P2 until Scott Dollahite in the No. 46 SDR Motorsports Lotus Evora made a move near the end of lap 10 and taking over P2.

Not deterred, on lap 13 James regained P2 with a pass on Dickerson. James expertly defended P2 to the final lap, but was then challenged when Parker Chase in the No. 19 Performance Motorsports Group Ginetta G55 briefly took over P2 in the final turns. But in the last turn James regained P2 by staying on the inside when Chase went wide, securing another P2 podium for Team Panoz Racing and extending the streak.

Next up for Team Panoz Racing is PWC GT4/GTS Round 16 tomorrow here in Texas. Please visit www.world-challenge.com for the most up to date Pirelli World Challenge information and Motor Trend OnDemand streaming and CBS Sports Network broadcast information. Follow us on Facebook, Instagram, Twitter, Snapchat for as-it-happens updates.

“Good race here today in Austin in race 1. We did a good job in qualifying and started in the front. We made a good start, but we started to lose the tires a little bit. The heavier car suffers a little bit more, so the leading Lotus got by me and then at the end the Ginetta was trying really hard. The whole Panoz crew, they are the best. Second place podium and one race to go this weekend, we’ll try win it tomorrow.” 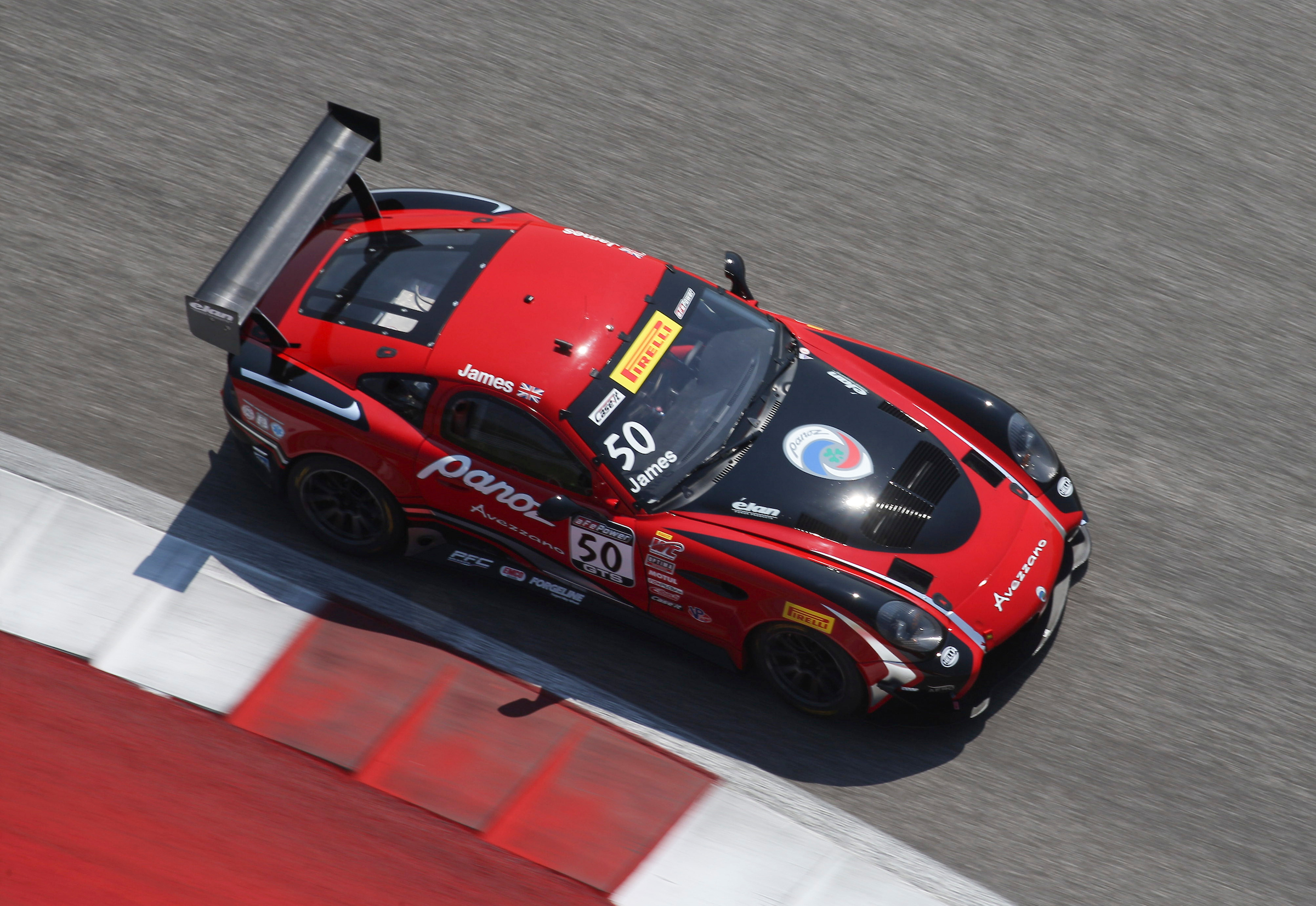 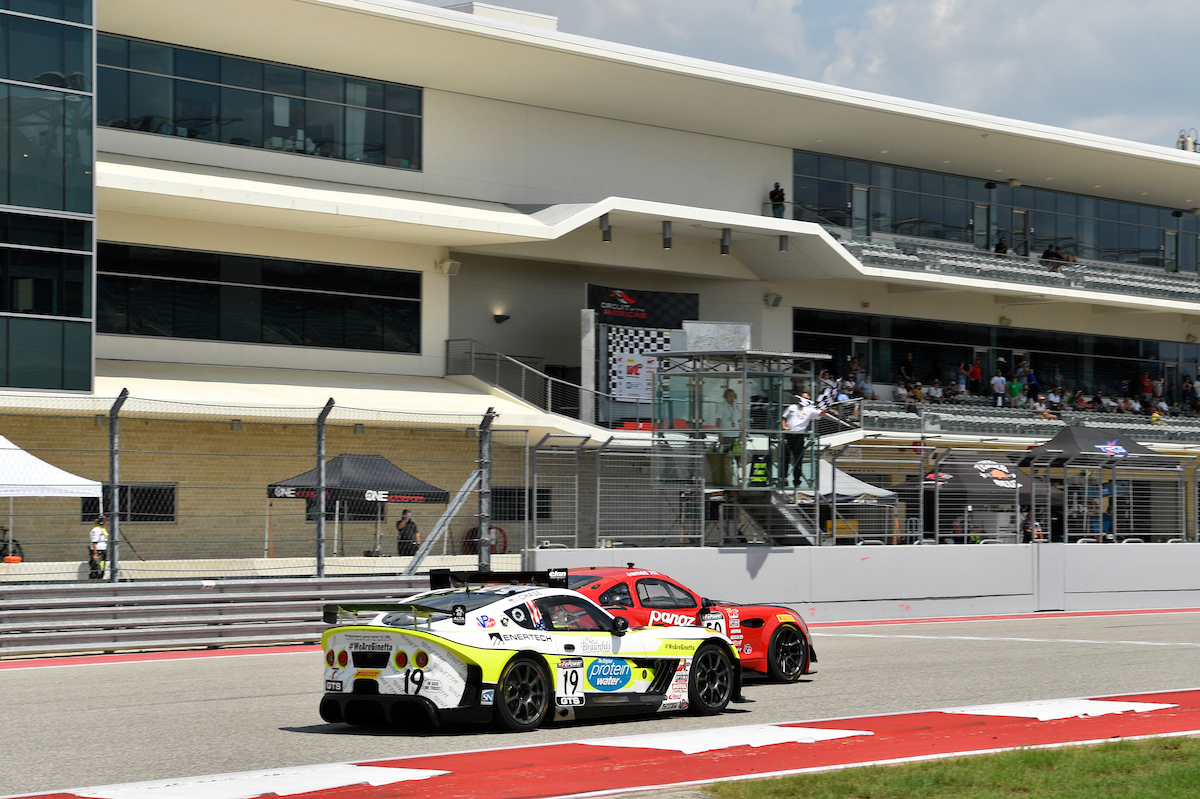