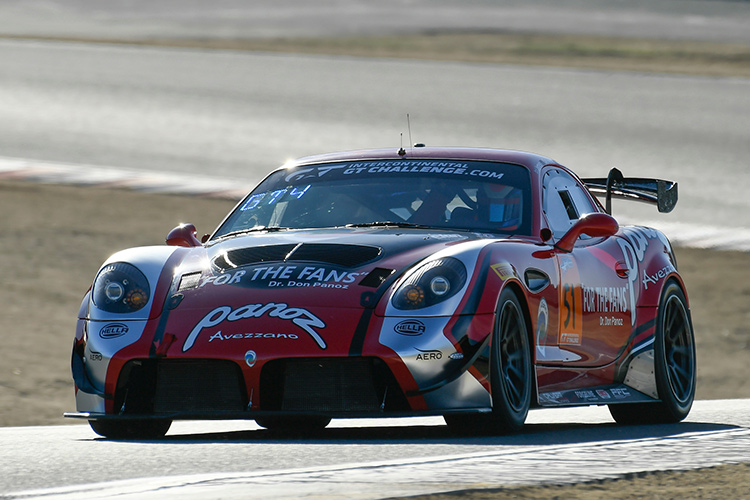 Oct. 28, 2018, Monterey, Ca. – Starting on pole after a brilliant performance by all three drivers yesterday, race day was not to be for Team Panoz Racing. The team ended the Intercontinental GT Challenge’s California 8 Hours race early, after three hours and ten minutes due to engine misfire issues.

Ian James started the race and for the first hour looked strong, handing the car over in third to Mathew Keegan during the first yellow flag. Back out in sixth, Keegan climbed to fourth and at 30-minutes into his stint, put on a fantastic effort passing three cars and getting back into the lead position. At the two hour marker, Keegan handed the #51 Panoz Avezzano over to Preston Calvert in fifth, after a drive-through penalty caused him to drop back.

Ten-minutes in to his stint, Calvert complained of misfire issues and brought the car behind the wall. After multiple attempts to solve the issue and get back out on track, the car was bought back in to the garage for the last time. After 40-minutes of thorough investigation, the crew discovered a part-failure and due to safety reasons decided to withdraw from the race.

Ian James
“Today’s race promised so much. We were in the lead battle form the beginning, but unfortunately a rare mechanical issue put us out of the fight. Looking forward to 2019 now.”

Preston Calvert
“Once again the Panoz team prepared a perfect car for this race. The car handled well and stopped well. We were on pace from the test day, and were fortunate enough to be on pole for the race in GT4. The race started great with Ian and Matt both driving excellent stints, leaving us in P1 in GT4. Unfortunately at the beginning of my stint, the engine suffered a mechanical issue, which despite repeated efforts to correct in the garage, was unable to be rectified. I want to thank my teammates and my codrivers for all the support this weekend, and I look forward to a terrific season with Team Panoz Racing next year.”

Mathew Keegan
“We’re all disappointed. We had the right car, it was set up great, and drove perfectly. Racing can be cruel and having to withdraw is a shame as we were hoping for a podium for Don and the family.”

Tom Milner
“Of course I am disappointed after an almost flawless weekend, ending up in the pole position for the race. For the first two hours, everything looked great. We dropped back from the start, but recovered and lead the race. We had really looked forward to a good finish in honor of Dr Panoz and as a tribute to his legacy. We are looking forward to 2019 and hope to continue our success as a thank you to Don and his family.” 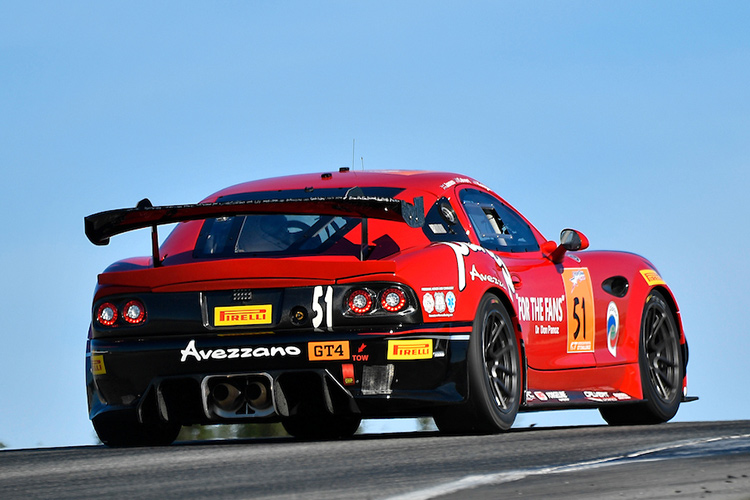