Team Panoz Racing will field two Panoz Avezzano GT4-homologated race cars in 2018 with returning driver Ian James once again driving the No. 50 car and Preston Calvert joining the team to drive the sister No. 51 Panoz Avezzano.

“GT4 homologation broadens our Panoz Avezzano racing options,” said Tom Milner, team manager. “There’s a lot happening this off season and we hope to share more news soon. But today we’re happy to announce that Preston has joined our team.”

This is Team Panoz Racing’s first official commitment to a 2018 GT-class motorsports program. One year ago Panoz announced its return to GT-class racing when it confirmed its inaugural Pirelli World Challenge season racing the new Panoz Avezzano in the PWC GT4/GTS Championship.

Despite fielding an all-new race car and enduring teething pains in the first two race weekends, Team Panoz Racing strung together a tremendously successful season. James earned 10 podiums in the last 12 PWC GT4/GTS Championship races, compiled a seven-race podium streak, and scored six victories: two back-to-back wins at Road America, and one each at Mid-Ohio, Utah Motorsports Campus, the Circuit of the Americas, and Sonoma Raceway.

“I’m very excited to join the storied Panoz racing team for the 2018 season to drive the well-proven and very capable Panoz Avezzano,” said Calvert. “I look forward to competing and contributing to the team’s success this year, and working side by side with racing veterans Tom, Ian, and the rest of the team.”

“We’re extremely fortunate to have Preston on board for 2018,” said Don Panoz, team owner and chairman and co-founder of Green4U Technologies, Inc. “It’s clear from his resume and some recent time behind the wheel of the Avezzano that he’s an accomplished racer, and I’m very much looking forward to the season. Along with Ian, I think we have a pretty formidable one-two punch.”

Hailing from England but now living in Arizona, James is one of only a handful of race drivers who have won races in the Prototype, GT, Grand Sport and Sport Touring classes. His accomplishments include ALMS Rookie of the Year and LMP2 Championship honors, and a third-place podium in the LMP2 class at the 2006 24 Hours of Le Mans. James also has Panoz history, having driven for Tom Milner and PTG Racing Inc. when it fielded the Panoz Esperante in 2009 and the Panoz Abruzzi in 2010 and 2011. James compiled an impressive list of successes during the 2017 PWC season with 10 podiums and six victories, placing second in the 2017 Sprint GTS Drivers Championship and earning Panoz’s second-place finish in the 2017 Sprint GTS Manufacturers Championship.

Calvert lives in Potomac, Md. with his wife, Margaret Guerin-Calvert and is an accomplished neurologist and neuro-ophthalmologist and one of only about 200 doctors who practiced neuro-ophthalmology full-time in the United States. Following a nearly 30-year military, academic and private practice medical career, Calvert became hooked on sports car racing in 2011 and set a goal to become a successful amateur race car driver. Since his first race in June 2012, where he admits he finished “pretty far back,” Calvert has steadily progressed and is achieving his goal. Milestones include the 2014 SCCA Majors Club Racing Touring 2 National Points Championship and seven current SCCA Majors Club Racing track records, two PWC GT Cup wins and two podiums, and two PWC SprintX GT class wins. 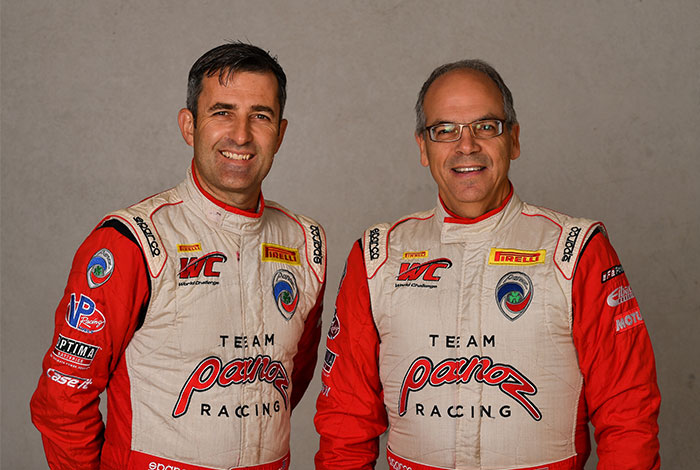 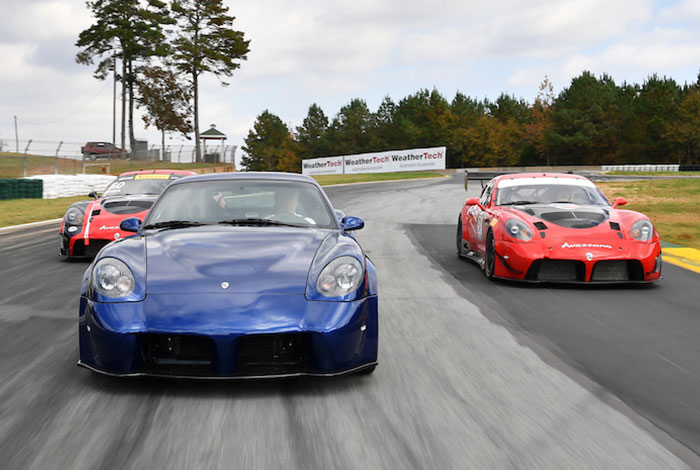