Ian James finished on the podium again, placing second in today’s PWC GT4/GTS Championship Round No. 18 season finale. Including yesterday’s Round 17 victory, the double-podium weekend caps a tremendously successful season for Team Panoz Racing and the new No. 50 Panoz Avezzano GT race car.

James started on pole thanks to his 1:42.222 quickest lap time in yesterday’s race. From the get go Lawson Aschenbach in the No. 10 Blackdog Speed Shop Chevrolet Camaro GT4 hounded James for the lead. James was able to stretch his lead until contact between two competitors back in the field forced a full-course caution on lap 10. With the field closed up, Aschenbach got around James soon after the lap restart. James tried to close the gap on Aschenbach for the next three laps, but a hard crash involving the No. 11 Blackdog Speed Shop Chevrolet Camaro GT4 driven by Tony Gaples brought out a second full course yellow and ultimately a red flag and checkered flag, signaling the end of today’s race.

This weekend marked the conclusion of Team Panoz Racing’s inaugural PWC GT4/GTS Championship campaign, one filled with great success and exciting and competitive racing. The No. 50 Panoz Avezzano GT, a completely new race car, excelled in the hands of consummate professionals Milner, James and the rest of the Team Panoz Racing crew. After disappointing finishes in the championship’s first two races, Team Panoz Racing showed tremendous improvement at Virginia International Raceway and strung together a seven-race podium streak that started with the double wins at Road America.

James finishes the season with 10 podiums in the last 12 PWC GT4/GTS Championship races and six victories: two back-to-back wins at Road America, and one each at Mid-Ohio, Utah Motorsports Campus, the Circuit of the Americas, and yesterday here in Sonoma.

Team Panoz Racing has not finalized its 2018 racing plans, but follow us on Facebook, Instagram, Twitter, Snapchat for as-it-happens updates. Please visit www.world-challenge.com for the most up to date Pirelli World Challenge information and Motor Trend OnDemand streaming and CBS Sports Network broadcast information.

Tom Milner “We’re happy under the circumstances. To come in second after yesterday’s win capped a great weekend for Team Panoz. We were penalized for our success the day before, but we didn’t give up and I think we are very happy. We had a little issue on the restart, but overall I’m very happy with our success this season.”

“We finished the year off on the podium. We have high expectations, so a little disappointed. Overnight some BoP changes hurt us really, and the Camaro just had way more straight-line speed, so it overtook me on the restart. All in all, what an amazing year. Six wins and 10 podiums – I can’t compliment this team and Dr. Panoz enough.” 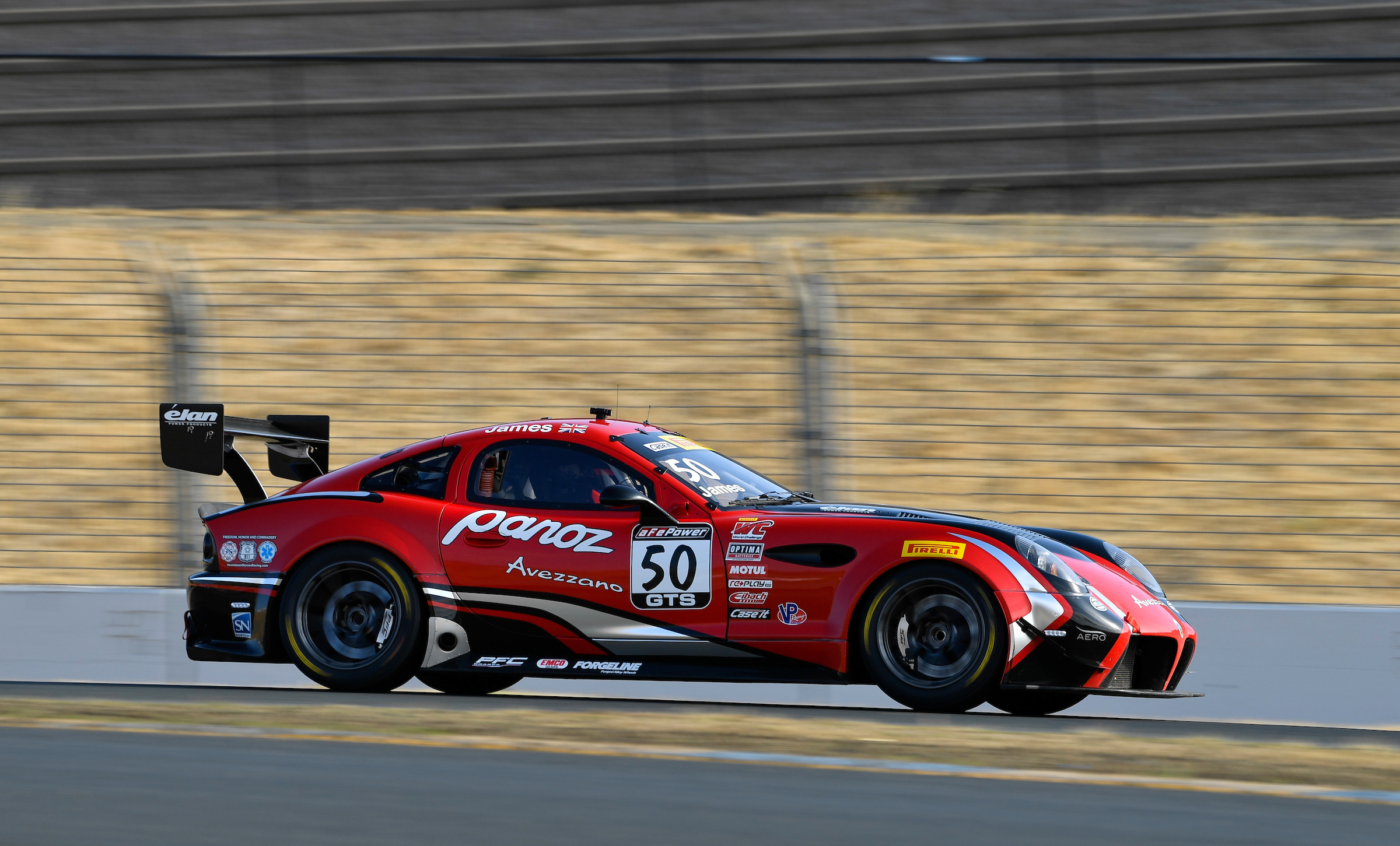 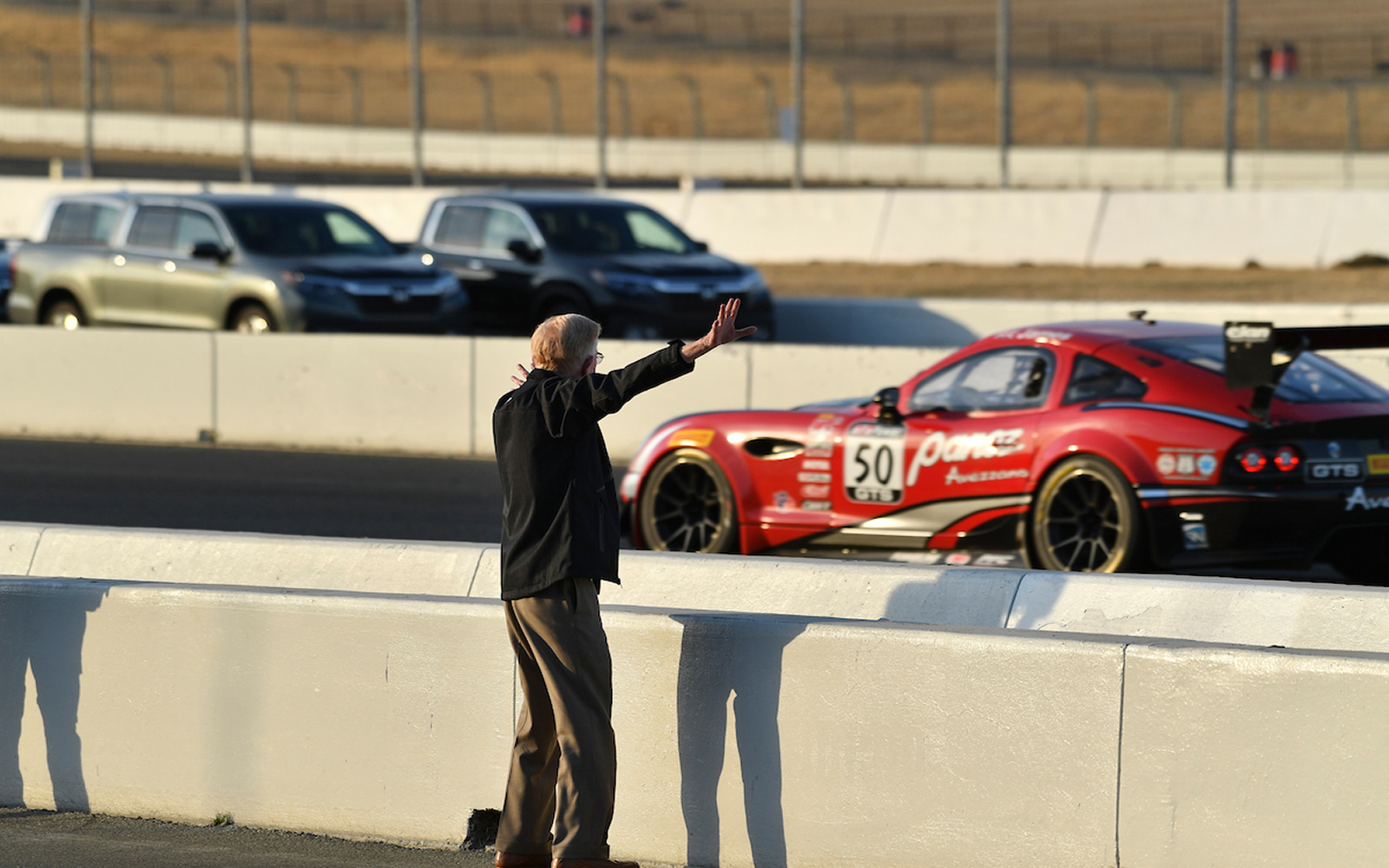