Ian James takes the No. 50 Panoz Avezzano GT to victory today after a thrilling 1-2 battle for the lead. Team Panoz Racing departs Ohio with a double-podium weekend and its success streak intact.

Starting from P2 thanks to his quickest lap time of 1:28.938 yesterday, James maintained pace early on despite leader and pole sitter Lawson Aschenbach in the No. 10 Blackdog Speed Shop Chevrolet Camaro GT4 building a lead of more than two seconds in the first laps. James continued to chip away at the lead, cutting it to under a second on lap six. By lap 10 James had shaved the lead to under three-tenths of a second, doggedly pursuing Aschenbach in a thrilling battle for the lead.

James made his move and got by the No. 10 Camaro at the start of lap 17, then he took advantage of the Panoz Avezzano GT’s straight-line acceleration and stretched his lead to more than two seconds by lap 21. The lead grew to as much as 3.2 seconds on lap 28, and the final margin of victory was 1.9 seconds.

James’ quickest lap time on Mid-Ohio’s 13-turn circuit today was 1:28.205, which also was the quickest lap in today’s Round 12 competition.

Today’s victory and yesterday’s second-place podium cap a highly successful Grand Prix of Mid-Ohio weekend for Tom Milner’s Team Panoz Racing crew. The double-podium outcome comes on the heels of the team’s back-to-back victories at Road America, and continues the momentum as the team prepares for PWC GTS/GT4 Rounds 13 and 14 in just two weeks. And this weekend’s outstanding results mark the first time the Panoz brand has been on the Mid-Ohio podium since David Brabham and Jan Magnussen finished first in the No. 50 Panoz LMP-1 Roadster S at the American Le Mans Series’ Mid-Ohio debut in August 2001.

As it has all season, James and the Team Panoz Racing crew have continued to improve the Avezzano’s speed, handling, and reliability. This was especially true after the team’s less-than-expected qualifying results Friday. But the team’s hard work paid off yesterday and today, and builds on its top-10 and top-five finishes at Virginia International Raceway, a top-five finish at Canadian Tire Motorsport Park, a second-place podium at Lime Rock Park, and last month’s double win at Road America.

Next up for Team Panoz Racing is PWC GTS/GT4 Rounds 13 and 14 at the Grand Prix of Utah, Utah Motorsports Campus, Tooele, Utah, Aug. 11-13, 2017. Please visit www.world-challenge.com for the most up to date Pirelli World Challenge information and Motor Trend OnDemand streaming and CBS Sports Network broadcast information. Follow us on Facebook, Instagram, Twitter, Snapchat for as-it-happens updates.

Honoring Those Who Serve
Team Panoz Racing in a partnership with Hometown Heroes Racing proudly displays the badges of the U.S. Fire, Police and EMS services on the No. 50 Avezzano GTS to honor those who dedicate their lives to serve our nation and protect, defend and save the lives of complete strangers every day. Michael E. Murphy, RN, EMT-P, founded Hometown Heroes Racing in 2014 with the sole focus of building honor and camaraderie amongst first responders and the military.

“I think we deserved this victory. We tried hard, and it’s especially nice today. It’s our race engineer Stefan Pfeiffer’s 50th birthday, and we are car No. 50. It couldn’t be any better. I think the whole team is happy, and I’m especially happy for my friend Don Panoz, Don, I hope you watched at home, and you’re celebrating with us today!”

“What a great weekend here at Mid-Ohio. Second yesterday, and got the win here and broke back into the winner’s circle today. The car was excellent, and the team did a great job setting up the Avezzano for the long run. We didn’t have a yellow flag today, which is very unusual for Pirelli World Challenge GTS racing. So, it all came to us – brilliant, I couldn’t be happier! And thank you Dr. Panoz for making this all happen. Awesome team. Onward to the next one!” 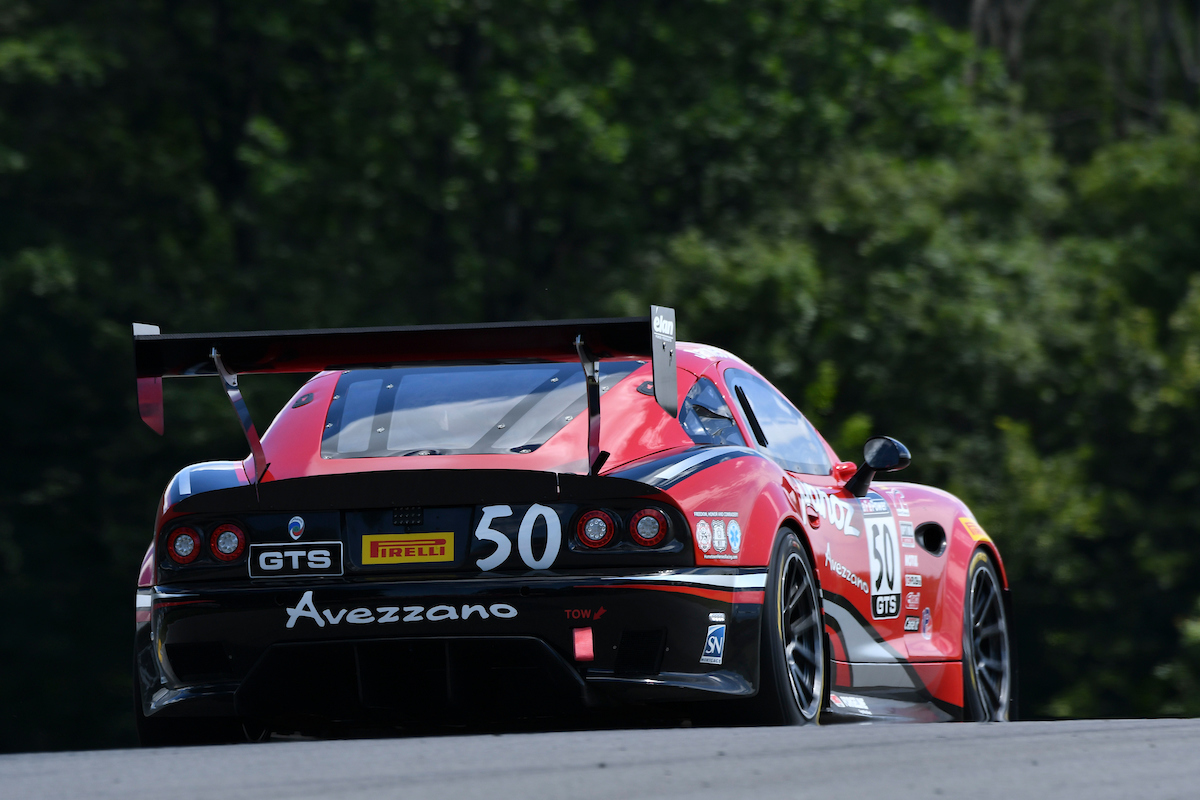 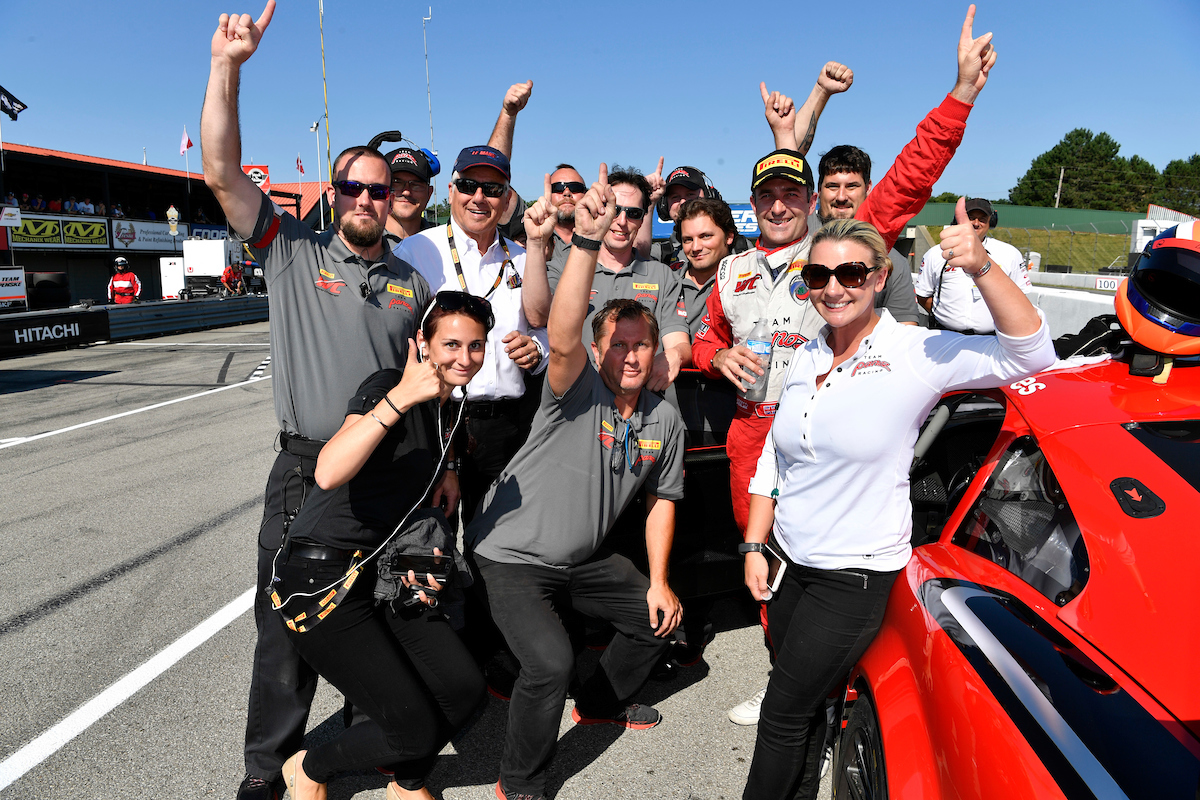