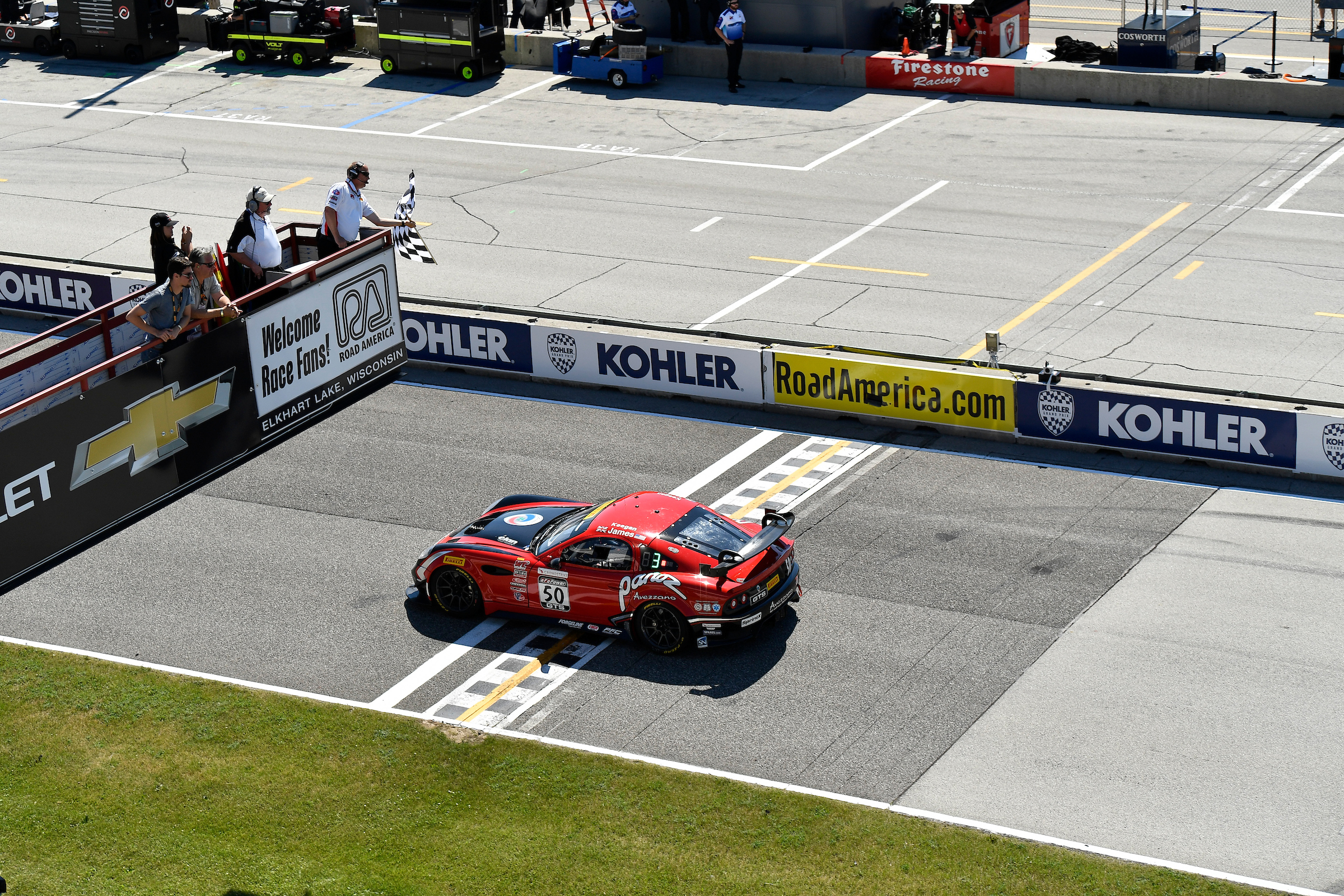 *In a post-race decision by the stewards, car No.62 was issued a 70-second drive through penalty which means Preston Calvert in the No.51 Panoz Avezzano finished eighth overall, fourth in class!

Ian James reclaims his title as back-to-back GTS winner at Road America. Starting third in today’s race, it was a harder but rewarding win for the Panoz Racing team.

Following yesterday’s win, James started third on today’s grid whilst teammate Preston Calvert started in twelfth. From start to finish it was a hard-fight for both James and Calvert but when the yellow flag appeared for the one-and-only major incident, both drivers had progressed up the field, James in second and Calvert in tenth overall, sixth in class.

When the green flag returned with 18-minutes to go, James hunted down Gottsacker, and with ten-minutes to go, took the lead in the GTS class. Calvert put on a strong performance, keeping pace with the faster amateur drivers and by the chequered flag, had secured himself a ninth-place finish overall, fifth in class*.

Next up for Team Panoz Racing are PWC GTS Sprint-X Championship rounds seven and eight at the 58th Rose Cup Races, July 13-14, 2018, Portland International Raceway (PIR), Portland, Oregon. This will be the penultimate race weekend of the GTS Sprint-X Championship, the final two rounds scheduled at Utah Motorsports Campus, Aug 10-12, 2018. Please visit www.world-challenge.com for the most up to date PWC information, live streaming, and CBS Sports Network broadcast details.

Ian James
“What a great weekend for Team Panoz Racing. Two wins here at Road America, that’s four in a row at this track. The continued support of Don Panoz, the hard work by the crew made this a magical weekend and let’s roll on to Portland.”

Dr. Preston Calvert*
“Well it was certainly a much better day for me. I’m very happy for Ian that he was able to bring home a win for the second day running here for the second year in a row, which is pretty awesome. For me it was a better race, a better starting position and start and I was able to hang in there with some of the faster amateur cars. I had a little bit of contact that I had no responsibility for unfortunately from behind from a couple of the Audis. Ultimately though I was able to maintain pace with the faster amateur drivers, finishing fifth in the Am class and P9 overall in GTS which I was really happy with after the troubles yesterday. Excited for the team and for Portland and we shall see how things roll there.”

Tom Milner
“Overcoming adversity, we’re back to where we should be and I’m very happy for the team. We will never give up and moments like this are the important ingredients and making of an even stronger team for the future.” 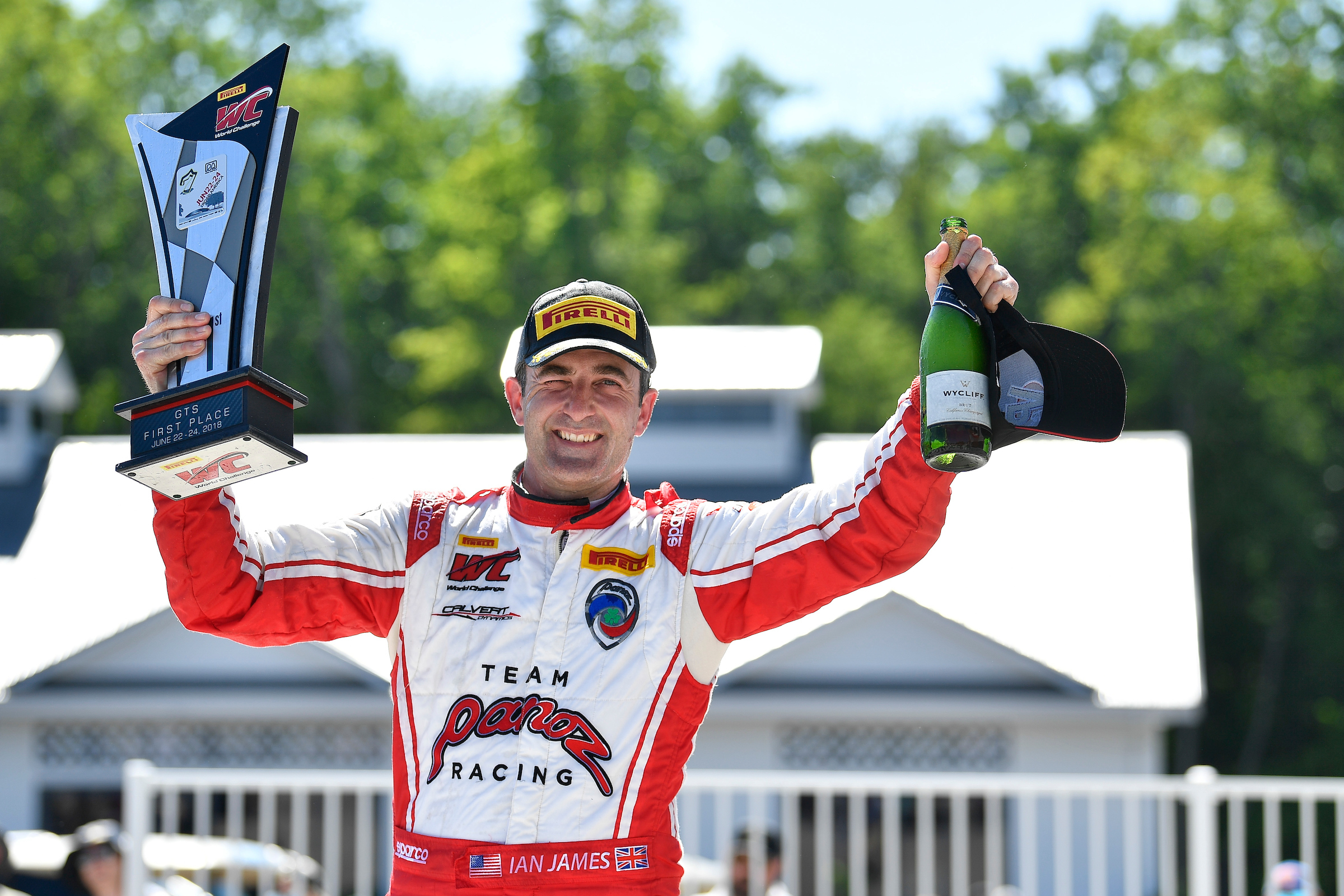 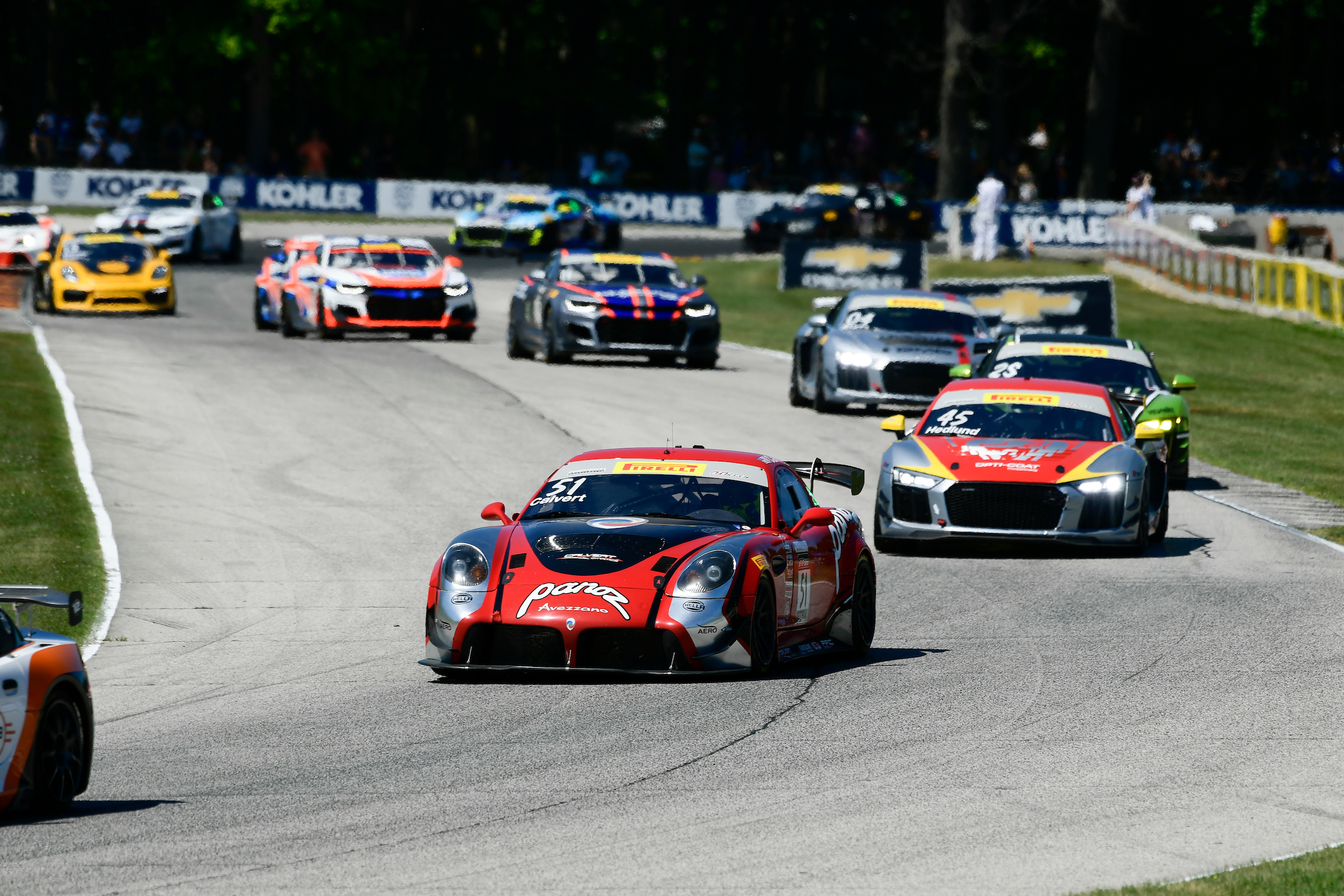