Team Panoz Racing’s Ian James drove the No. 50 Panoz Avezzano GTS to a second-place finish in Friday’s PWC GTS/GT4 Round 7 race at the Grand Prix of Lime Rock Park held on the historic seven-turn, 1.5-mile circuit. This year marks the track’s 60th anniversary.

With rain coming and going all day, the rain finally held off long enough to provide a dry track for Friday’s PWC GTS/GT4 qualifying session. Turning quicker laps as the session progressed, James ultimately laid down time of 56.495, placing him P2 for the Round 7 race.

The rain returned by the start of the race, forcing a yellow for the first two laps. The green flag dropped on lap three and James quickly moved to P1, which he held for the first third of the race until the No. 3 Flying Lizard Porsche Cayman GT4 Clubsport MR driven by Rodrigo Baptista got around him. For the remainder of the race James laid down progressively quicker laps, then made a run on Baptista on the final lap to give the Lime Rock Park fans and exciting finish. James’ best lap time of 58.873 on lap 35 places him P4 for Saturday’s Round 8 race.

Today’s podium is a testament to the team’s tremendous work to make the No. 50 Avezzano GTS very competitive in the short amount of time since Team Panoz Racing’s January 2017 announcement that it would compete in the 2017 PWC GTS/GT4 Championship. The great start to the Grand Prix of Lime Rock Park weekend motivates the team to continue the momentum into tomorrow’s Round 8 race, scheduled to go green at 2:50 pm.

Following tomorrow’s race, next up for Team Panoz Racing is PWC GTS/GT4 Rounds 9 and 10 at the Grand Prix of Road America, Elkhart Lake, Wis., June 23-25, 2017. Please visit www.world-challenge.com for the most up to date Pirelli World Challenge information and Motor Trend OnDemand streaming and CBS Sports Network broadcast information. Follow us on Facebook, Instagram, Twitter, Snapchat for as-it-happens updates.

Team Panoz Racing in a partnership with Hometown Heroes Racing proudly displays the badges of the U.S. Fire, Police and EMS services on the No. 50 Avezzano GTS to honor those who dedicate their lives to serve our nation and protect, defend and save the lives of complete strangers every day. Michael E. Murphy, RN, EMT-P, founded Hometown Heroes Racing in 2014 with the sole focus of building honor and camaraderie amongst first responders and the military. This week, May 21-27, 2017, is the 43rd annual National EMS Week. In 1974, President Gerald Ford authorized EMS Week to celebrate EMS practitioners and the important work they do.

Tom Milner
“I think it was a great job by the team and by Ian. We learned a lot at Mosport and the guys went to work here at Lime Rock, made some modifications, and this is the result. Difficult conditions today, but that’s racing. The car that won, they’re known to be good and that team has a lot of experience in the wet, so hats off to them. I think whole the team is happy. It was a terrific job by the entire team, and Ian really did a fantastic job today.”

Ian James
“The car is really good. We’re improving it, learning about it. Really the race weekends are the only time we’ve had to test it, so it’s a learning experience. We had a good test on Tuesday, and today I made a good start and got in the lead. Then Rodrigo got a good run on me and got around me on one of the chicanes. It and took me a while to get the momentum back and then I got on his tail there near the end. It was a good battle and we were side by side down in the last corner. The GTS races are really fun. At just 50 minutes they’re fun, it’s good racing, and you can really go after it. The races are close with all these different cars racing against each other. I’m really enjoying the Pirelli World Challenge.” 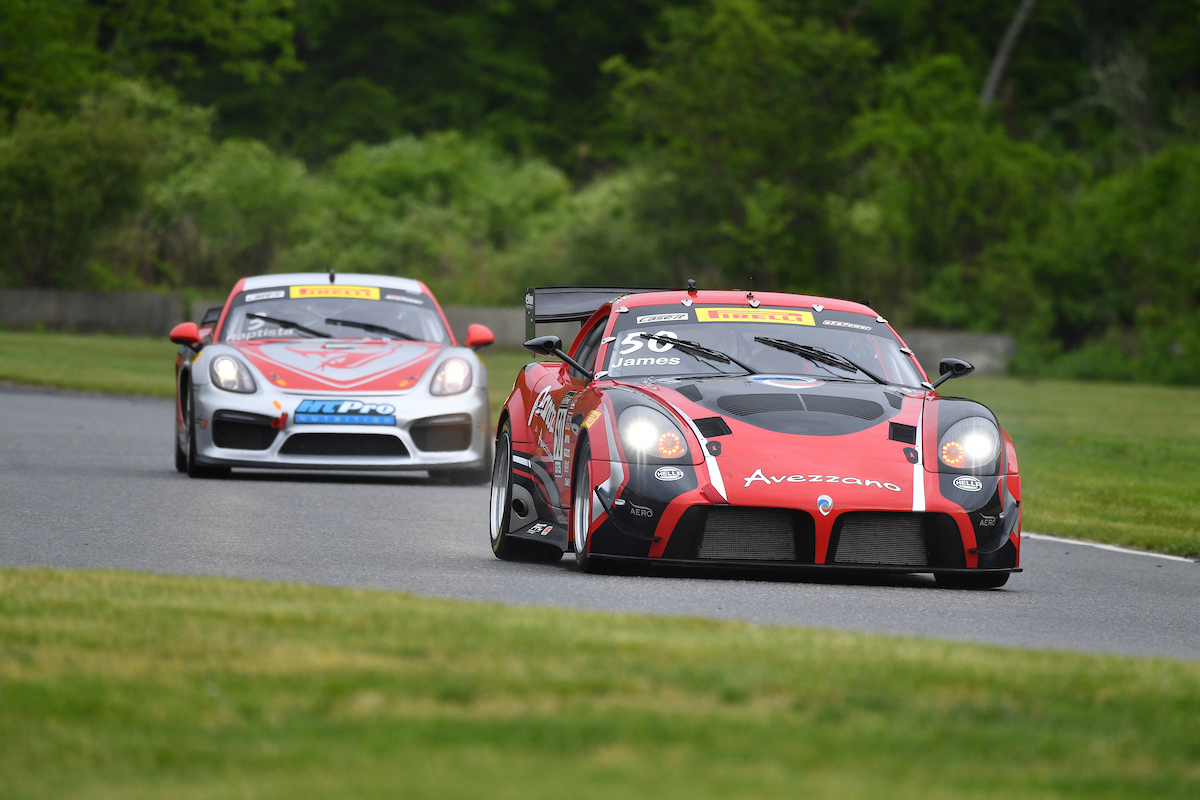 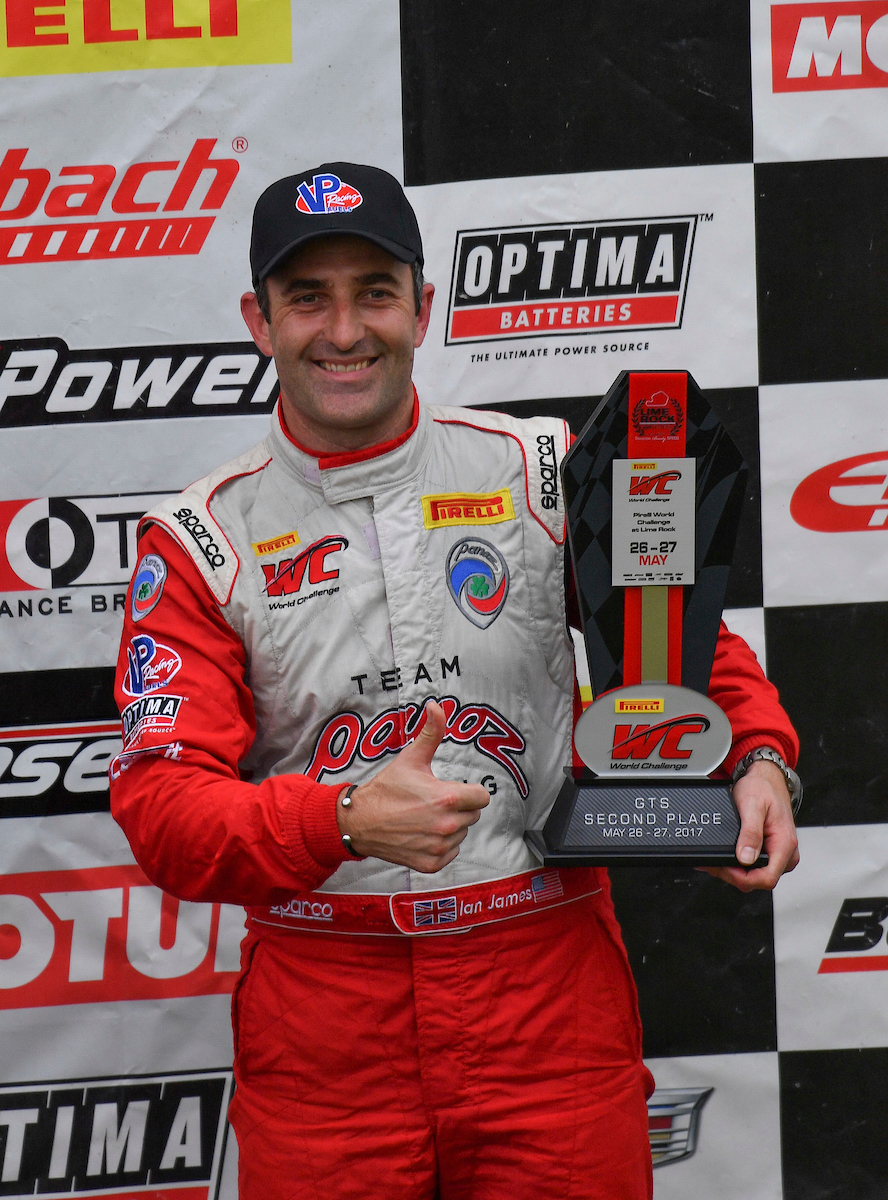