Ian James drove the No. 50 Team Panoz Racing Avezzano GTS to victory today at the Grand Prix of Road America, out front during the entire 50-minute race on the fast 14-turn 4.048-mile Road America circuit.

Following last month’s second-place podium at the Grand Prix of Lime Rock Park, James and Team Panoz Racing took the success to new level today, coming out the gate qualifying on pole with a time of 2:17.915 in Saturday’s qualifying session.

Turning consistently quick laps throughout the race, James posted his quickest time of 2:19.895 on lap 10, and widened the lead to its largest at 2.113 seconds on lap 15. His best lap time qualifies the team P5 for tomorrow’s Round 10 race at 2:45 pm.

Team Panoz Racing’s crew has continued to improve the Avezzano’s speed, handling, and reliability, working closely with James. The hard work paid off with today’s outstanding performance and outcome. In the winner’s circle James congratulated the team’s effort and dedicated the victory to Don Panoz and his contributions to North American sports car racing.

Today’s podium is a testament to the team’s tremendous work to make the No. 50 Avezzano GTS very competitive in the short amount of time since Team Panoz Racing’s January 2017 announcement that it would compete in the 2017 PWC GTS/GT4 Championship.

Tom Milner
“This win is well-deserved, and the team and Ian did a stupendous job. We were able to work on a lot since Lime Rock, fine tuning things and continuing to improve the car. We’ve learned a lot with each race and used what we learned to get today’s victory. It feels great to get a win for Panoz, the team, Don, and to get the Avezzano at the top of the podium. Tonight we celebrate, and then get back to work tomorrow.”

Ian James
“So that was a really exciting race for us today for us here at Road America. Made a pretty good start and got the jump on the Maserati and led into Turn 1. Managed to put about a one second gap over the first couple of laps and then really just pushed as hard as I could to maintain it. Second and third were battling hard which really helped us out but the Panoz was faultless today. What a testament to such a strong group of individuals that work on it and design it and make it run. Very happy to be here and awesome to get Dr. Panoz back in the winners circle where he really deserves to be for all he’s done for North American sports car racing. Looking forward to tomorrow’s race!” 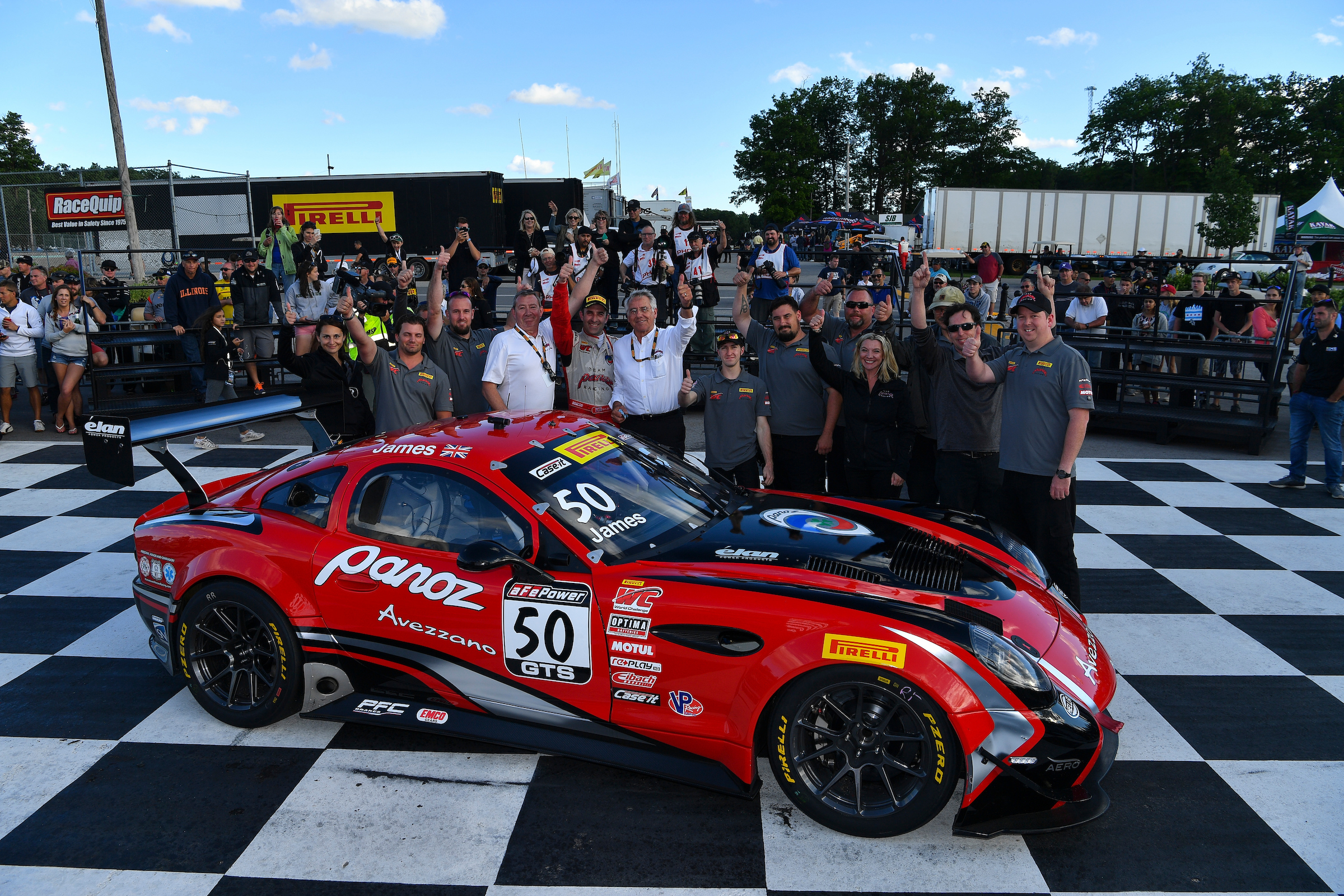 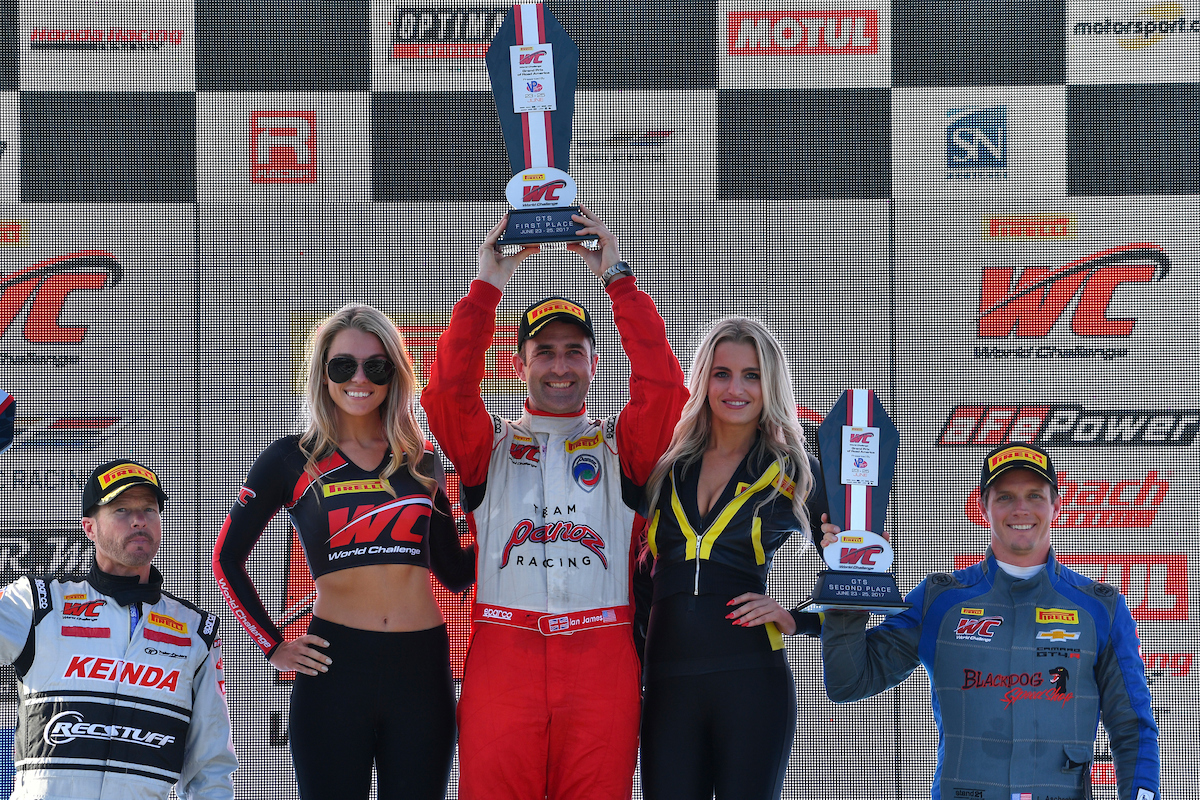