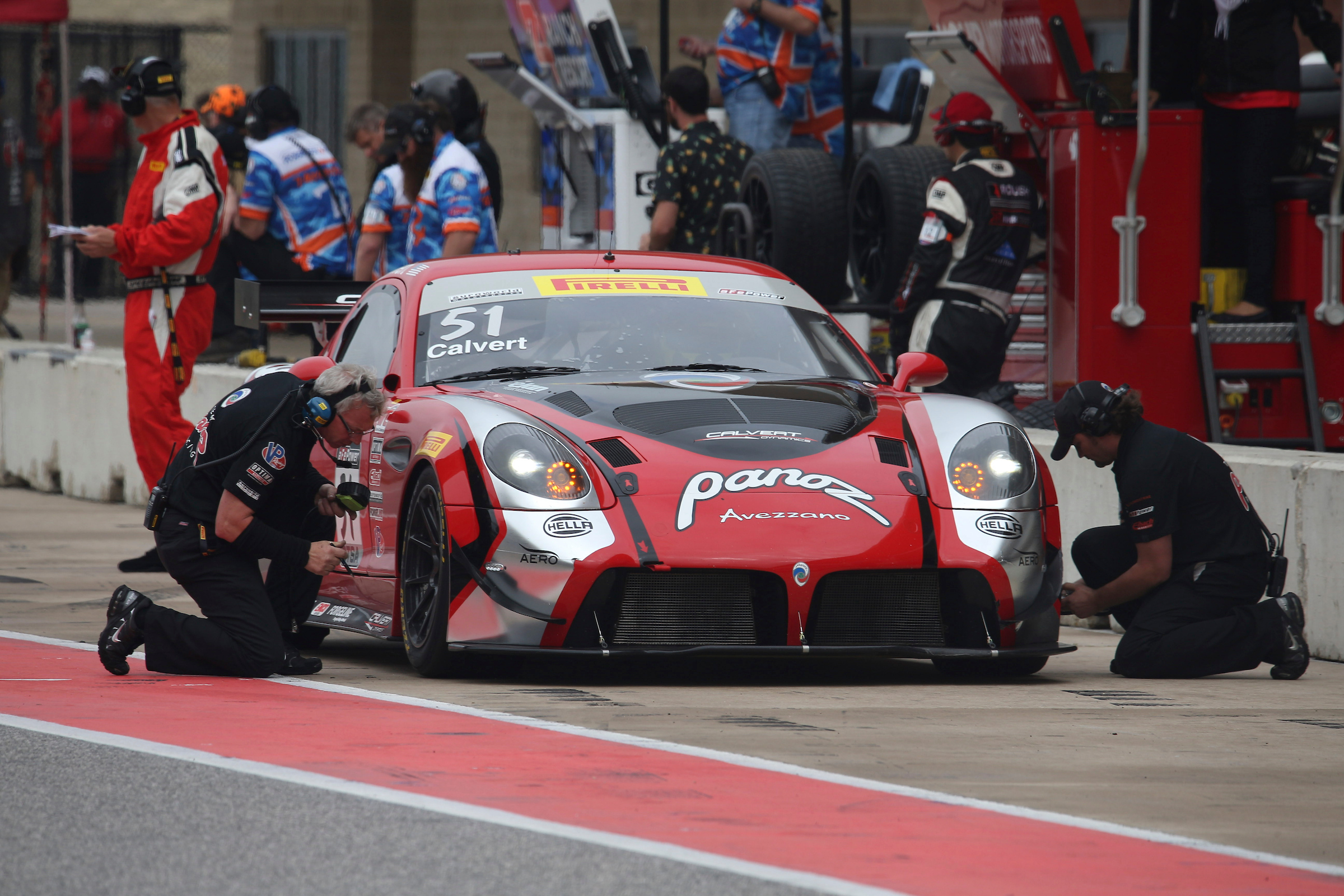 Preston Calvert soldiered on in the No. 51 Avezzano GT after an accident in Saturday’s race left the No. 50 unable to continue and an oil leak ended its Sunday campaign.

After a race-ending accident on Saturday, Team Panoz Racing showed amazing grit and determination to get the No. 50 Avezzano GT on the grid for Sunday’s PWC GTS Championship round-four race, and the team leaves Texas determined to build on Dr. Preston Calvert’s strong driving in the No. 51 sister car.

For the debut of the SprintX format in the GTS class, which are 60-minute races that require a pit stop and Pro/Am driver change, Team Panoz Racing added Matt Keegan to share the No. 50 Panoz Avezzano GT driving duties with Ian James for this weekend and all future 2018 SprintX GTS races.

At the start of Saturday’s round three race on the 3.4-mile, 20-turn Circuit of the Americas track, an incident involving the No. 45 Flying Lizard Motorsports Audi R8 LMS GT4 and the No. 3 Epic Motorsports BMW M4 GT4 forced an immediate full course caution. On the lap-four restart, Keegan spun the No. 50 Avezzano GT. Unfortunately, a crash with the No. 8 GMG Racing McLaren 570S GT4 before Keegan could recover and get underway ended both entrants’ day and forced another full course caution.

This left Calvert and the No. 51 Avezzano GT to soldier on and bring home a positive result. Calvert delivered a strong performance, finishing P5 in the GTSA class and P20 overall. His quickest lap of 2:22.026 on lap 15 secured a row 11, P22 start for Sunday’s round four race. Keegan’s and James’ No. 50 would start P35 on row 18.

On Sunday under an overcast sky and with damp track conditions, James and Calvert, in the Nos. 50 and 51 Avezzano GTs, respectively, started the race. James immediately showed tremendous pace and gained six positions on the first lap and was in P16 overall when summoned to the pits on lap seven due to smoke. He returned to competition but pitted again on lap 10. Team Manager Tom Milner opted to not continue for safety reasons when the team discovered a rear differential leak.

Once again, this left Calvert to carry the Team Panoz Racing torch. Early on Calvert was P20 overall and P3 in class until contact with a competitor necessitated a drive-through penalty that dropped Calvert to P26 overall. Calvert showed good pace in the No. 51 car throughout the race and finished P25 overall and P8 in class. His quickest lap on Sunday was 2:23.631 on lap 18.

Though a disappointing weekend, Team Panoz Racing will build on the positives of strong qualifying times, quick pace, and the outstanding crew efforts in the face of adversity. Team Panoz Racing is committed to the full 2018 PWC GTS Championship schedule of GTS/GTSA and SprintX GTS races.

Tom Milner
“Well, it wasn’t one of our best weekends. I think the accident we had in the first race obviously set us back a little bit. But, sometimes this just happens, and we now go on to the next race. Our focus is to make sure we get the official GT4 homologation. We have four weeks to get that sorted out. I think we’re in good shape, and we’ll just march on.”

Ian James
“Disappointing weekend for the No. 50 car, obviously, with two DNFs and the accident yesterday, but a big testament to the crew. The damage from race one was really significant, but they got it back together. They worked hard, and I don’t think there’s another team in the paddock that could have done that. Today we were going well. It was a good start, and we were on track for a top-six or top-eight finish. Unfortunately, it wasn’t to be. But, we never give up, and we’ll be back stronger than ever.”

Matt Keegan*
“Really tough weekend for us, and not the outcome we for, but we have an outstanding team with great resolve. We’ll get over it and be get ready to fight at VIR.”

Dr. Preston Calvert**
“It was a challenging race with drying conditions from the beginning. Grip level came up fairly quickly. Good news was I ended up in P3 within a couple of laps and had my site set on my first podium. Unfortunately, I had some contact with another car in the turn 11 exit. It was ruled avoidable on my part and I had to do a drive-through, so I ended up P8. I’m happy to finish, and happy with all the work the Team Panoz Racing crew did to get the car ready and keep it ready.”

** Dr. Calvert, a nationally-recognized neurologist and neuro-ophthalmologist for more than over 30 years, serves as a media advisor to the Pirelli World Challenge Safety Team and also is director of the series’ new mTBI (minimal Traumatic Brain Injury) Screening Program for driver safety as part of the protocol for possible concussion testing among PWC drivers. 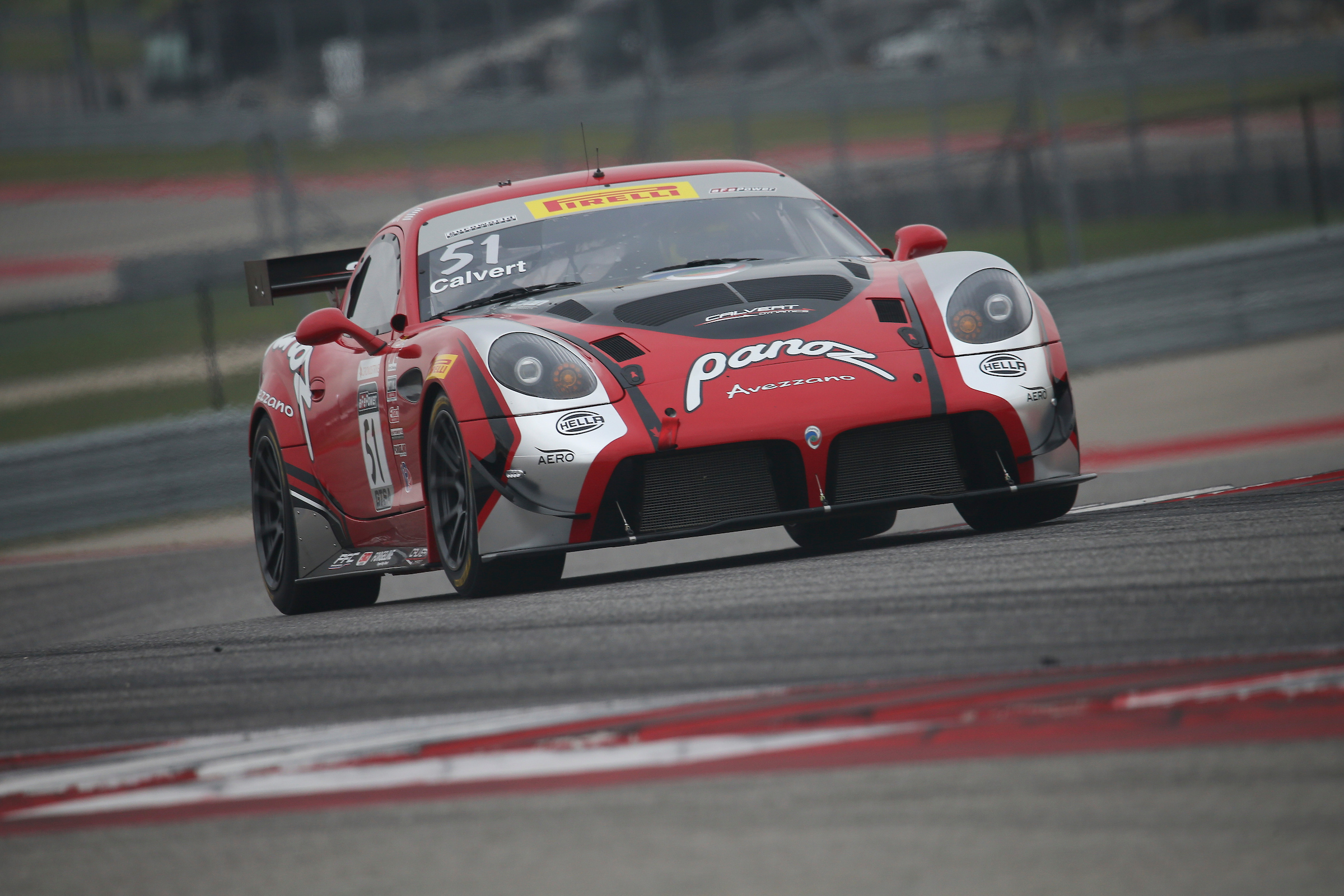 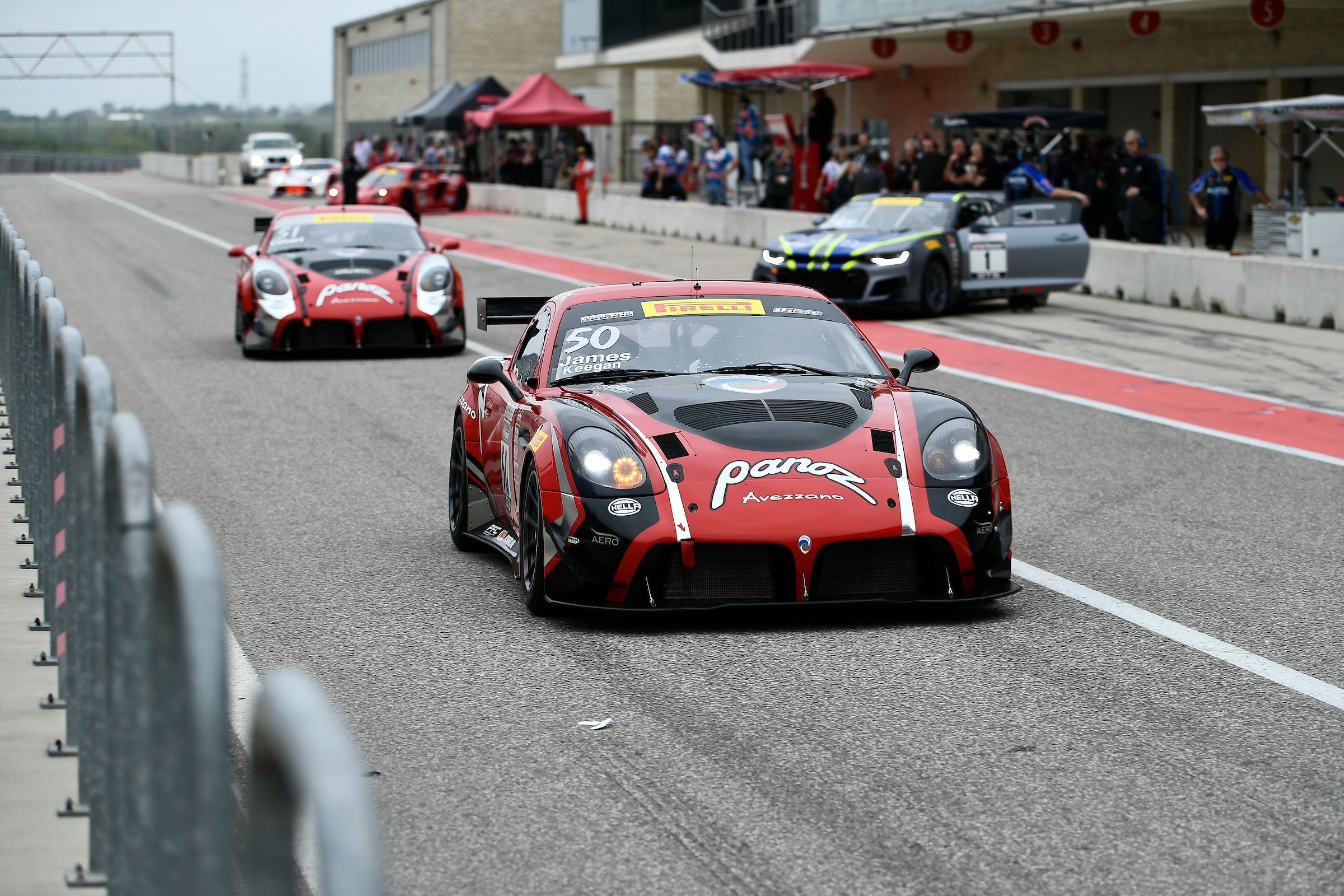