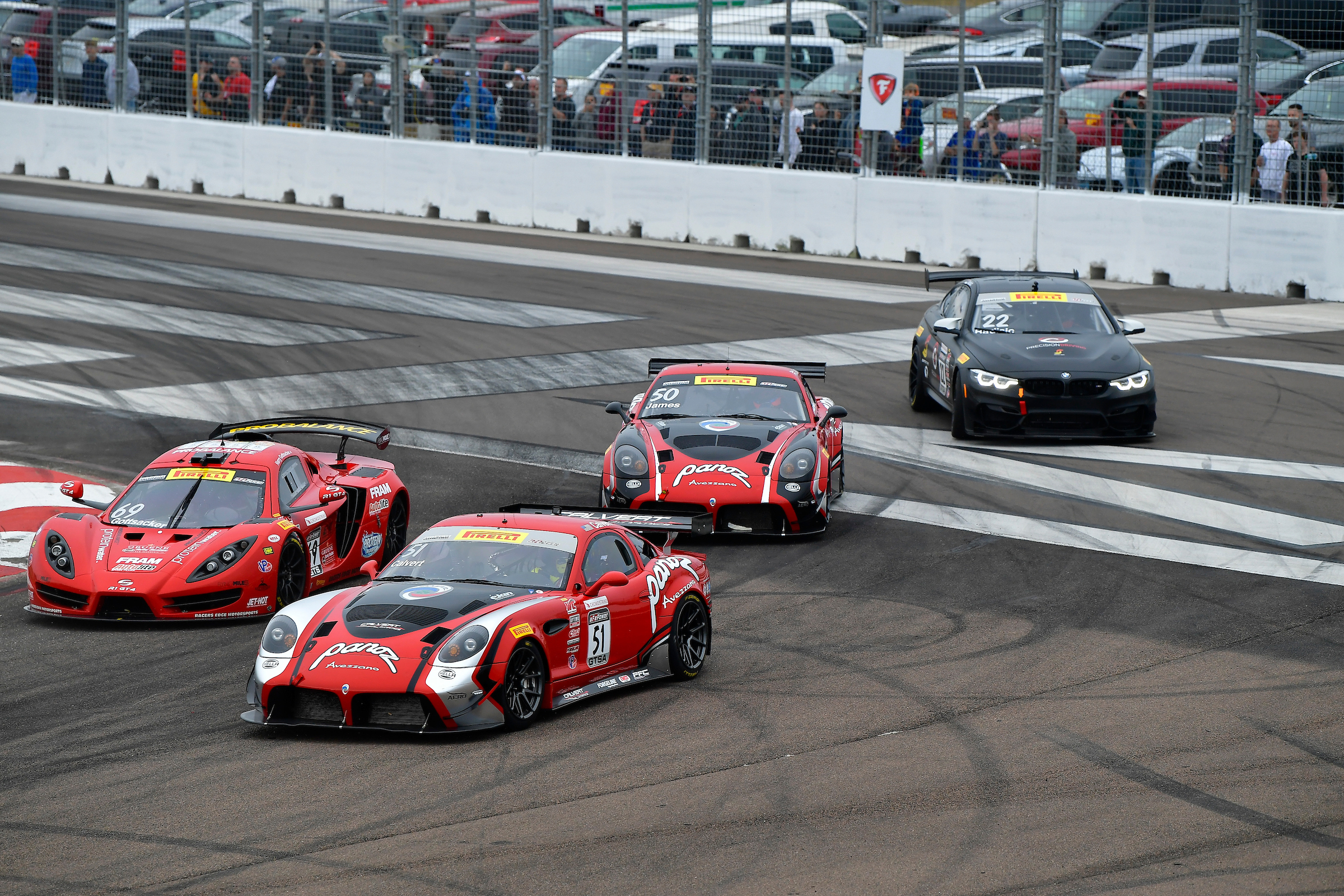 The team, led by motorsports veteran Tom Milner, heads to rounds three and four at the Circuit of the America in Austin happy with the outcome and focused on continuing momentum.

Driving the No. 50 Panoz Avezzano GT on the 1.8-mile, 14-turn temporary circuit on the waterfront in downtown St. Petersburg, James qualified sixth with a time of 1:19.303 but started 18th for Saturday’s race after officials disallowed his quickest lap for causing a red flag during qualifying. GTSA-class teammate Calvert started 16th in the No. 51 Avezzano GT with a time of 1:20.038.

On Saturday, an on-track incident on lap two involving James and a competitor required James to bring the No. 50 Panoz to pit lane for a drive-through penalty. A full-course caution on lap eight tightened the field and on the lap-17 restart James overtook the No. 69 Racers Edge Motorsports Sin R1, but one lap later he reported an issue and the No. 50 temporarily stopped on the track. Officials required James to bring the Panoz to the pits for inspection. An electrical issue prevented a return to competition and ended James’ and the No. 50 Avezzano GT’s day.

This left Calvert to carry on Team Panoz Racing’s efforts. In his first race for the team, Calvert delivered a strong performance and consistent lap times that earned a 13th-place overall result and sixth place in the GTSA class.

James’ and Calvert’s quickest lap times were 1:20:262 and 1:21.293, respectively, placing James fourth on row two and Calvert 18th on row nine for Sunday’s round two race.

Having solved the No. 50’s electrical gremlin, James maintained fourth in the early laps of Sunday’s race. Unfortunately, Calvert fell to the back of the field on the first lap when a competitor made contact and put the No. 51 Panoz into the barrier. Calvert was able to continue and made up ground, then an on-track incident on lap seven brought out a full-course caution with James still in fourth and Calvert in 25th.

On the lap-11 restart James defended fourth and Calvert picked up three positions on the first lap under green. Calvert moved up to 19th when another on-track incident on lap 28 forced a second full-course caution and ultimately a red flag that ended the race. James finished where he started in fourth position overall and fourth in class. Calvert finished 18th overall and seventh in GTSA.

Next up for Team Panoz Racing are PWC GTS Championship rounds three and four at the Grand Prix of Texas, March 23-25, 2018, Circuit of the Americas (COTA), Austin. This is the debut of the SprintX format in the GTS class. In addition to COTA, GTS Sprint X races are schedule for VIRginia International Raceway, Lime Rock Park, Portland International Raceway and Utah Motorsports Campus. Please visit www.world-challenge.com for the most up to date PWC information, live streaming, and CBS Sports Network broadcast details. Follow us on Facebook, Instagram, Twitter, Snapchat for as-it-happens updates.

Ian James
“Good race today here in St. Petersburg with a P4 finish. It’s great to get some points on the board, and pretty happy that we started fourth and finished fourth. Not quite have the balance of performance of the top three cars yet, so it’s kind of like a victory for us today. Happy to leave St. Petersburg with a good result, and now we rock on to COTA looking for more.”

Dr. Preston Calvert*
“It was an eventful race. I had a good start in the first turn, but another car ran into my side and put me into the barrier. But the Avezzano GT is very rugged and I managed to get it going again and it drove perfectly after that. I worked hard to catch up and managed to get close to the field. With the full-course yellow and restart I was able to get by a few more cars, and overall I’m happy with P7 and the points. I’m also very happy for my teammate Ian who was able to recover from yesterday and finish P4 overall. Thanks to the whole Panoz team, and of course my wife Meg who makes all this possible.” 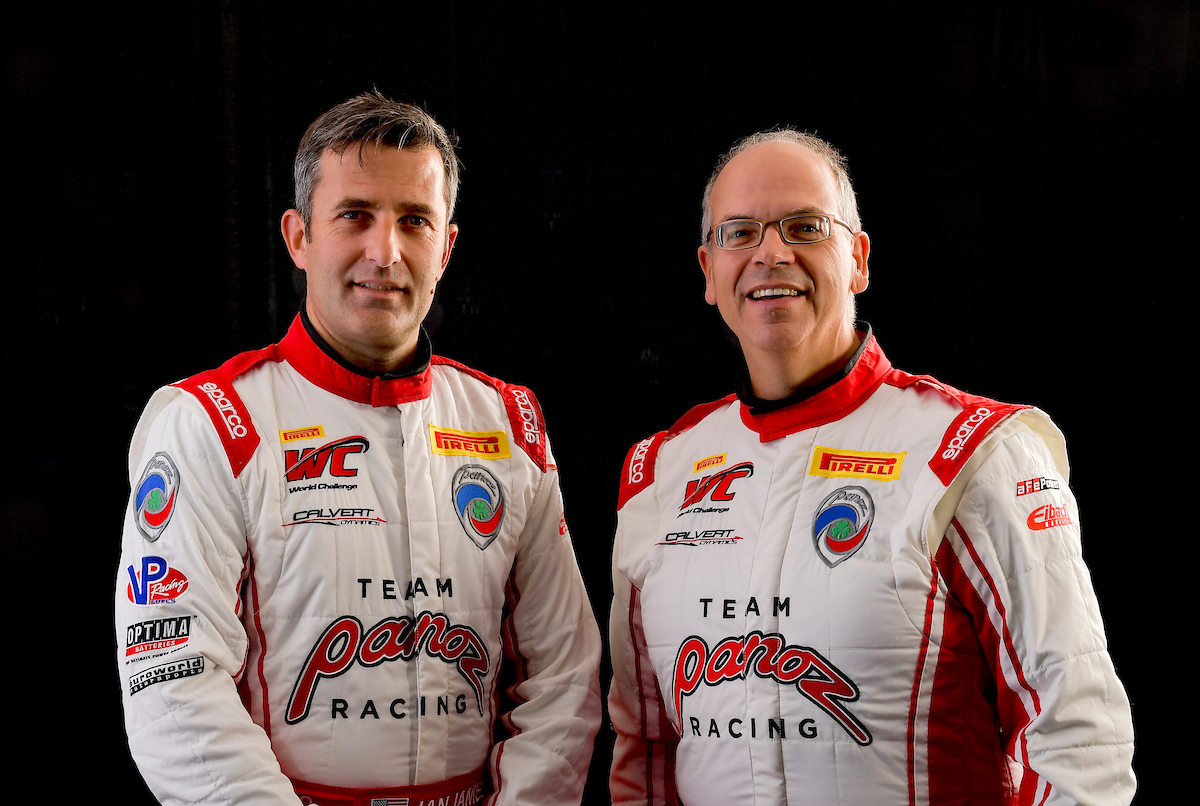 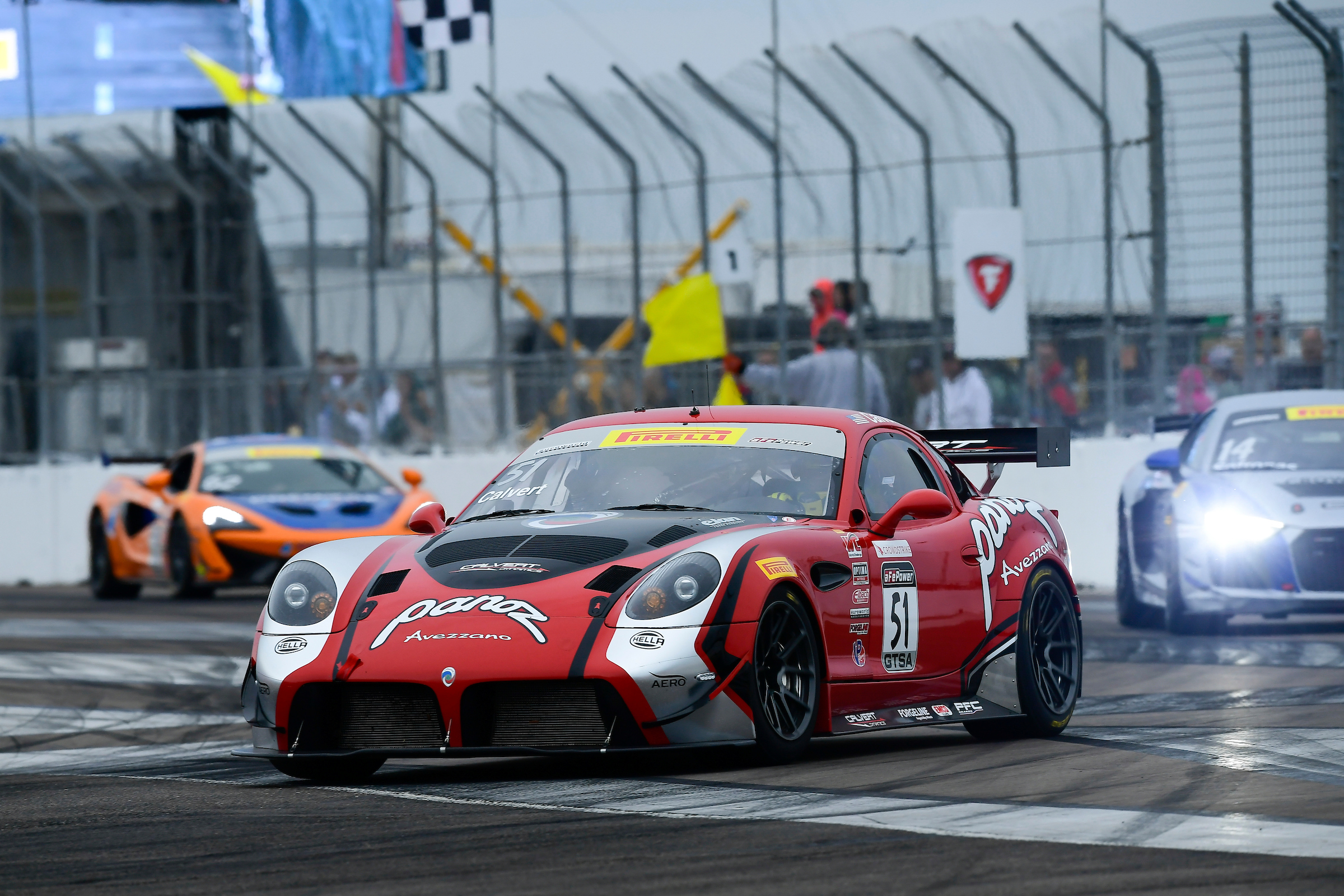